BOC gets report from Trillium Health

In giving his annual report about services provided by Trillium Health at the Currituck County Board of Commissioners last January meeting, Bland Baker touched on the opioid epidemic that some are calling the nation’s most urgent health crisis.

Baker said that Trillium received its first of two allocations, in the amount of $1.2 million this past year, of the $31 million the state will receive over the next two years to address the opioid crisis. By the end of the year Trillium spent all those funds on services to clients, including 1,269 new customers last year who had not received treatment before.

Baker reported that Trillium bought beds at a long-term treatment facility in Raleigh to have a place to send customers who need extended care, which accommodated 354 admissions last year. In addition, 242 people spent time at a sober living house in Elizabeth City last year.

Trillium is also advancing its technology, as Baker noted that teens are more likely to first reach out online rather than face to face. Plus there is also a crisis chat online where persons can speak anonymously with a professional, and can also use the kiosk at the county library in Barco to go online for assistance or to set up an appointment.

Advancing technology is one of the agency’s priorities, that also include using evidence-based practices, a vision of one community together, enterprise integration, and number one priority is every person first every time, Baker reported.

Trillium also provided accessible equipment at 30 playgrounds, including in Currituck, offers summer and after school services and support for children.

Baker reported that $34 million was reinvested by Trillium in the counties it serves. It was because of that reinvestment that the state reduced the amount of funding it took back through budget cuts last year, he noted.

With budget cuts and Medicare reform coming from both the state and federal levels, Baker announced that Trillium has partnered with two other health care providers to help stretch funding. He noted that the arrangement is not a merger; each agency will remain independent. The partnership takes in 24 counties and 1.3 million people.

Board chairman Bobby Hanig thanked Baker, adding that he knows the struggles Baker and staff face on a daily basis and commended that staff, commenting that their “efforts are tireless.” 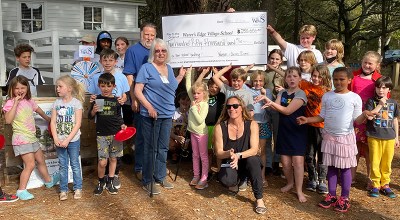 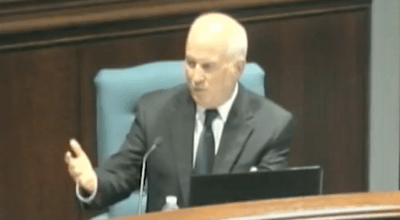