What Cap’n Hayman taught me

Mike Hayman of Nags Head has been gone from this side of eternity for almost 23 years now. But those of us who loved him know he’ll always have our back one way or another, just as sure as we can sit on the sand on the night of a full moon and wonder at the path of light it casts across the sea to the far horizon.

Hayman saw some of us, his staff at the Seafare restaurant, through hard times. And we witnessed his own hard times toward the end. Now, as I go through a challenging career change, I keep telling myself what Hayman, one of my mentors, would have told me: “Suck it up, bud!” 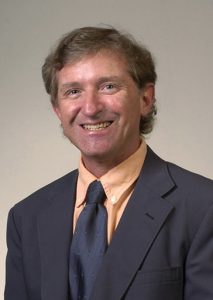 Hayman was the legendary owner/operator of the Seafare in Nags Head, which once rivaled Owens’ — I contend it surpassed it for several years — as the Outer Banks’ classic seafood restaurant. I make that audacious argument having graduated from years of eating at the Seafare to a few splendid years of waiting tables there in its last years, in the early 1980s.

But before I take this column out past the breakers, let me say right off that Hayman, who we called “Cap’n,” was a good man but he was not a saint. Neither am I nor are many of us who strolled the magic sands of the banks and played in her waters in the good old wild days. Hayman, a Coast Guard vet who was a master sailor and fisherman, was, to put it politely, mercurial, even for those rowdy days.

He was loyal to his workers but he demanded the best from us and could go on a tirade if we didn’t deliver, even if we were “treed” — our language for hustling to keep up with too many tables. Hayman wouldn’t cut loose in the dining rooms, but he would let us know in the back halls that he was displeased. We called his anger “The Blunt” or “The Big Eye.” It was not pretty. I withered under his hurricanes. But I got tougher.

And he could charm us workers as well as he could his customers. He was beach royalty, the son of parents who owned and operated the Arlington hotel at Milepost 13 on the Beach Road. They started an oyster bar across the road from their hotel. In the late 1960s, Hayman enlarged that oyster bar and transformed it into the Seafare, an oasis of pink stucco in the sand in the midst of The Unpainted Aristocracy, those venerable cottages of cedar shake.

Hayman, who attended N.C. State, worked his dining rooms like an old-school ambassador, as at ease with the northeastern North Carolina aristocrats as he was with patrons of modest means and with those of new money from elsewhere, making them all feel like he was their best friend. He was a big man with brown hair, a boyish face and a charming grin, dressed in a blazer, khakis and Topsiders sans socks, beach-style.

He taught me much about restaurants, working with all sorts of people and about working hard in general. Before I left the beach, Hayman lost the Seafare through an unjust deed manipulation, then the restaurant burned down in August 1984. Hayman worked a variety of jobs, won a suit involving the old restaurant with the help of former Seafare-waiter-turned-lawyer-Everett Thompson II and sprang back with a new Seafare in a building behind the spot where his old restaurant had stood. I visited Hayman and some of his family there and we’d talk about old times, the good old times. He encouraged me in my journalism career.

I thought about him often, especially when I reported on Hurricane Isabel from the Outer Banks in September 2003. Hayman would have loved being in the middle of that wild mix with me.

I think about him still and his courageous outlook on his career and those of his former employees, through all our changes. I am sucking it up, Cap’n, in your best tradition. The far horizon at the end of that full moon’s path awaits.

JOHN RAILEY is the former editorial page editor of the Winston-Salem Journal. He can be reached at raileyjb@gmail.com.