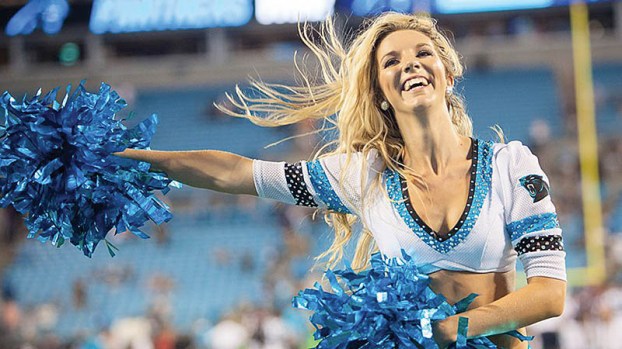 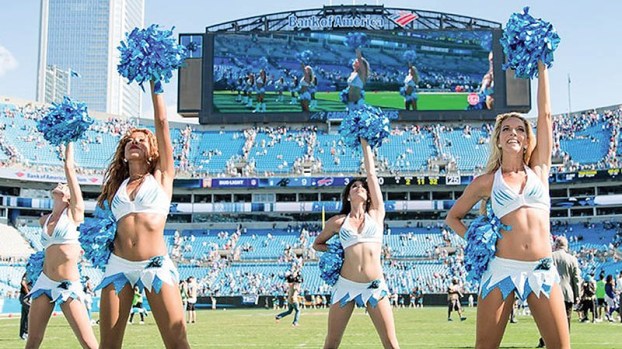 Performing in front of thousands of cheering fans, Bartee has been a cheerleader at all 10 Carolina Panthers home football games this past season.

A dancer her entire life, Bartee said it’s more than just a dream, it’s a natural expression of who she is. 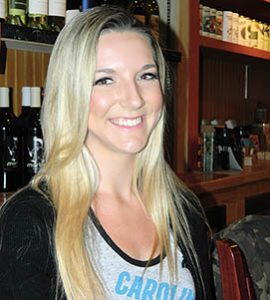 MANTEO RESIDENT KAILA BARTEE achieved her dream to be a Carolina Panthers cheerleader this past season and will be auditioning for another season in April. The Carolina Panthers are a professional American football team based in Charlotte. (P. S. Ruckle Jr. photo)

Growing up dancing at studios in her younger years, Bartee continued dancing in high school and on into college. A couple of years ago, she decided the next step was to be an NFL cheerleader. Not such a far-out idea for those that know the family. Before she was born, Bartee’s mother was an NFL cheerleader for the Washington Redskins.

“So you could say I’ve always had a little bit of motherly inspiration there,” she said with a smile.

“I chose the Panthers over any other NFL cheering squad based on overall organization’s morals,” explained Bartee. “The Carolina Panthers really take care of all their employees. There’s also a lot of charity work and they involve the cheerleaders in a lot of that. That is important to me.”

After failing to make the team on her first try, Bartee used it as a positive. Motivated to work even harder she adjusted her lifestyle, hired a personal trainer and made the team on her second try.

“I knew that was where I was supposed to be,” she explained. “I was just not ready yet.”

While talking with Bartee, it’s easy to see there’s more to a cheerleader than leading a cheer at football games.

“There’s more than meets the eye,” she cautioned. “A lot more than just the outfits and the look.”

For starters, Bartee said on top of game performance, cheerleaders also serve as ambassadors for the Carolina Panthers football team. Volunteer opportunities abound and participation is just a phone call away.

“It’s a very rewarding experience,” she continued. “And you’re going to get a lot of opportunities because of the cheerleading opportunity.”

Leading her list of high points was participating in a Make-A-Wish Foundation activity for young boy who wanted to be a Carolina Panther for a day.

“We helped throw him a pep rally at his school and that surprised him,” explained Bartee. “Then he went through a contract signing, attended football practice with the team and had his own uniform and locker. He was even on the field for a game day.”

Bartee went on to say that if her being at an event in uniform helped encourage more people to come and support a good cause, then she felt like she had done her job.

“I want to be there so people will show up and support these causes,” she continued. “It’s not just the game for us, there’s an outside commitment as well. It’s so cool to be able to represent the organization like that and it makes you realize that the whole experience is so much bigger than yourself.” 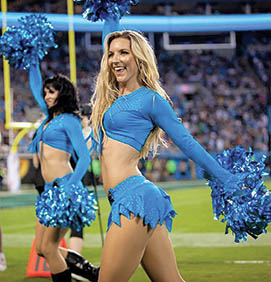 As rewarding as it is, there’s still considerable work involved.

During the regular season, cheerleaders attend three to four hours of practice at least once every week and sometimes twice for workouts as well as learning new choreography routines. In addition to practice sessions, there are home game appearances as well. All are in Charlotte.

Making all those round trip treks across the state, Bartee estimates she drives roughly 800 miles a week.

“I drive up in the morning, practice at night, stay with family in the area and return back to the Outer Banks on Thursday,” she explained.

Bartee said there are benefits to being on the field as well. That included performing with such celebrities as the American rapper Biz Markie, Rob Base a hip hopper from Harlem, New York and the  musical group C+C Music Factory.

“We got to perform with some actual celebrities which was pretty cool,” said Bartee.

With the regular season behind her, Bartee still has team commitments during the off season.

She and all the other cheerleaders remain a Top Cat, the name for the Carolina Panther Cheerleaders, until the next session of auditions kick off April 14. At that point Bartee will be in there working toward spending another season as a Carolina Panthers cheerleader.

“It’s cool being from this area and being part of the team,” Bartee said. “I’m proud to represent this area.”