Traveling man with anti-Trump sign gets attention in Nags Head 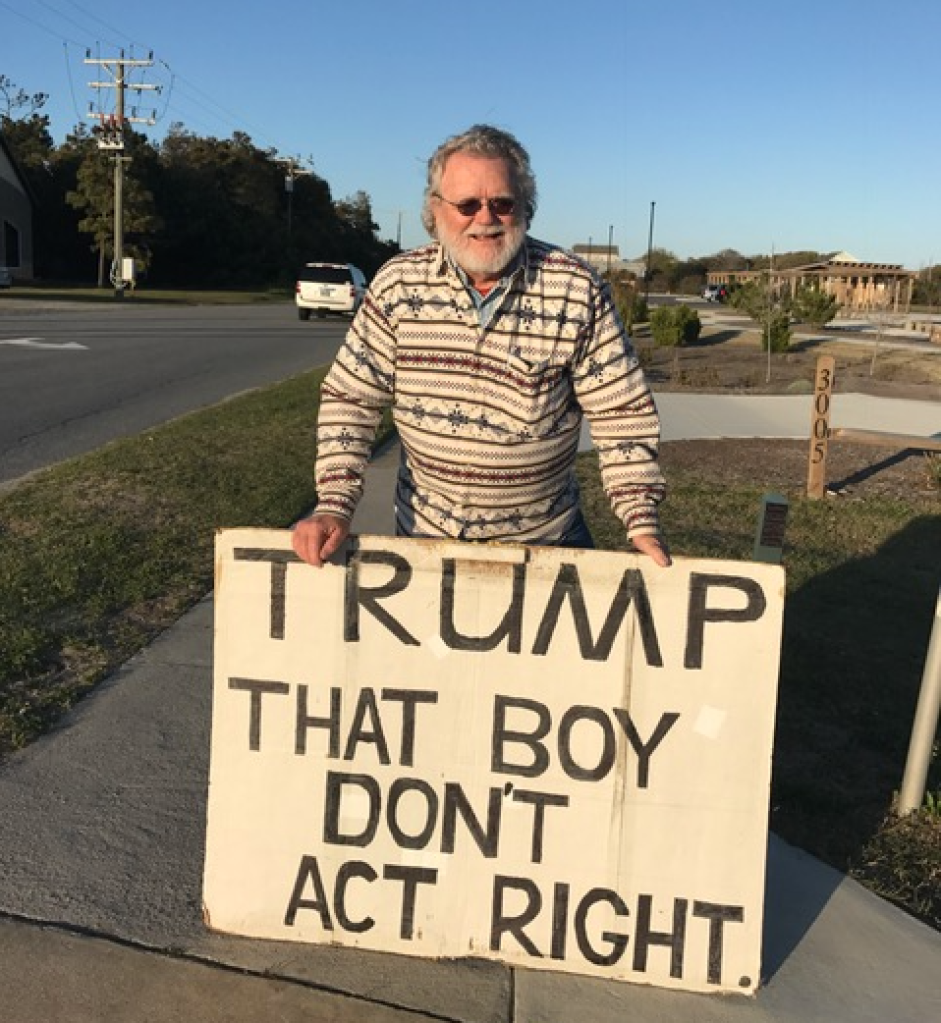 Gale McCray is traveling the country with a message about Donald Trump.

Meet Gale McCray, a Texan who doesn’t like President Donald Trump. In fact, he dislikes the president so much, he’s traveling the country with a sign “TRUMP: THAT BOY DON’T ACT RIGHT.”

On Friday evening, McCray, known on Facebook as “Old Man With A Sign,” took his message to the corner of East Bonnett Street and U.S. 158 in Nags Head, where he got quite a few honks of appreciation and about an equal number of thumbs down and even one “Tear up that sign!”

Several drivers stopped to take pictures, or get their pictures taken with the 75-year-old Fort Worth man, who says he’s heading to D.C. in the next week or so.

“I don’t know if I’m going to change anything, and I don’t think I’m going to convert anybody,” McCray said. “I just had to do something.”

As he travels the country, McCray relies on the kindness of strangers, staying as a guest in the homes of friends and Facebook followers. On Thursday, he arrived in Grandy, where he’s staying at the home of a woman who couldn’t offer up a donation to his cause, but rather gave him a place to stay.

“The main thing I want to get across is this isn’t about the Republican party,” McCray said. “This is about Donald Trump.”

Read more about McCray, where he’s been and how he became a traveling activist in Wednesday’s print edition of The Coastland Times.