In 1987, Brindled Hope, a female, was the first captive-bred red wolf released into the wild to produce pups. After only 20 years, the wild population reached a documented 151 wolves, earning the program the recognition as the first successful carnivore reintroduction effort.

Following that great success, though, complacency set in. Two anti-wolf landowners took over the issue, and today fewer than 40 of the 151 wolves remain. Although they and the North Carolina Wildlife Resources Commission clearly strong-armed the FWS into abandoning the program, I believe this minority does not speak for the rest of us in the red wolf recovery area.

I feel that most people are proud to have these beautiful, shy red wolves living wild in our state. Red wolves and people have shown over the past few decades they can live peacefully and successfully as neighbors.

We need to start talking with each other again about the recovery program and the pride we should take in our natural heritage. We should also take a more vocal role and encourage the FWS to recommit to the species.

It is time for the US Fish and Wildlife Service to start reintroducing more red wolves into the recovery area to breed and live with the many descendants of Brindled Hope and those red wolves released with her. The red wolves, as larger canids, will help control the coyote population, as well as contribute to tourism in the area. The FWS should also address poaching and do a better job of communicating with the many locals that want to see the red wolf thrive.

The red wolf is an American treasure and deserves our pride and protection.

More Letters to the Editor 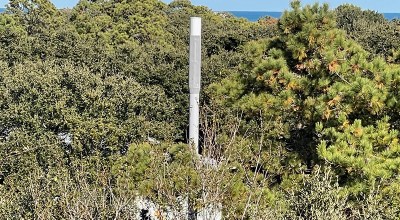 Letter to the Editor: Southern Shores – Here’s the finished product

Letter to the Editor: A heartwarming story from Cape Hatteras United Methodist Men

Letter to the Editor: Thanks expressed to Northeastern NC Out of the Darkness Walk participants