No tax increase, but trash bills going up in Currituck 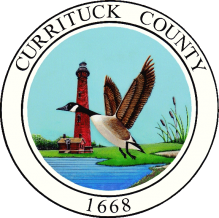 For most folks, the most meaningful part of a county budget is whether or not their property taxes are going up. Understandably so, since that is the one thing in the budget that will impact every single property owner.

However, while the rate remains, there will be an increase in this year’s tax bills. For trash.

The proposed budget for 2018-19 calls for those fees to be increased to $150 for convenience center service, and to $270 for curbside service.

In presenting the new budget at the Currituck Board of Commissioners’ first meeting this month, county manager Dan Scanlon explained that the cost of disposing of waste has increased, and the market for recyclables has become pretty much nonexistent. That has resulted in the need to raise those fees, the first time in about 10 years the solid waste collection fees have been raised, the manager noted.

People who live in special service districts will also be assessed those district taxes, including in the newly created Corolla Fire District where a 5-cent tax rate will apply to property owners from the county line to the north beach ramp.

The proposed budget includes a two percent cost of living adjustment for employees; and eight new employees, six in public safety (four firefighters for Knotts Island, two deputies), one in community development (a code enforcement officer), and one in general government (a person to train prior to the finance director’s retirement), bringing the total number of employees to 420 (over half are in public safety).

The overall county rate of 48-cents is the tenth lowest in the state, Scanlon reported, and is lower than the state average of 67.2-cents. While that is a good thing and sign of sound fiscal management, Scanlon noted that the only time the low rate is not a benefit is when the county applies for state grants and is told more county money could be raised by increasing that rate to the state average.

What’s in the budget

Counting everything that rolls through the county’s finance office adds up to a total budget of $75,602,000, a 0.4 percent increase over the current total budget. That amount includes $270,200 in capital projects (getting started on Moyock Community Park – drainage work, trails, parking lot; and continued design work on the new Public Safety Center).

The total budget also includes all the service districts, the mainland and Outer Banks water systems, the Moyock waste treatment system (design and permitting for expansion to begin in response to interest in Currituck Station), all paid by the users of those services. It also includes funds set aside for revaluation ($121,000), land banking ($200,000), post-employment benefits ($501,070), emergency telephone system ($249,228).

The largest portion of the total budget is the county’s general fund, coming in at just over $50 million, the money it takes to run the county.

Breaking that amount down by department, shows the largest appropriation goes to Currituck County schools, $11.9 million, which is about $1 million more than last year and includes $1.4 million for capital projects (an increase of $400,000), and includes about $65,000 that came as a separate request from the board of education for a CTE (Career and Technical Education) coordinator, and $10.4 million for current expense that is calculated with a funding formula based in part on the number of students (an increase from $2,489 per pupil currently to $2,541 per pupil).

Other top allocations by department: Sheriff’s office, about $7.3 million; EMS, about $5.1 million; social services, about $3.6 million; fire services, $2.6 million; and the detention center, $2.4 million (including security system upgrades). Those five departments plus the schools take up two-thirds of the county’s general fund.

Grouping those departments by the type of service shows that 42 percent of the general fund goes to public safety (law enforcement, EMS, fire), 22 percent goes to education, 13 percent to general government, nine percent to human services, 7 percent to community development and protection, 4 percent to cultural and recreation, and 3 percent to debt management.

In looking at the county’s budget by type, nearly half (48 percent) of funding is spent on personnel, 23 percent is operating expenses, education is 22 percent, capital outlay is 4 percent and debt service is 3 percent.

Speaking about the debt, Scanlon noted that none of the county’s debt is supported by property tax and that after a last payment in the 2018-19 fiscal year of $971,429 from sales tax, the COA Regional Aviation and Technical Education Center in Maple will be paid off.

The remaining debts – two Whalehead stormwater districts (a $345,000 debt and a $1.9 million debt), mainland water system ($13 million total debt), Southern Outer Banks Water System (about a $3 million debt), Moyock Wastewater ($1.6 million debt), Ocean Sands Water and Sewer (about $7.3 million debt) – are all being paid for by the users of those services.

To pay for everything else, the county is expecting to collect nearly $30 million from property taxes (including the motor vehicle taxes), accounting for 56 percent of the total revenue. That figure is based on a 98.9 percent collection rate on about $6 billion in real property values, and over $267 million in vehicle values.

The county is also projecting to collect in the year ahead $8.4 million from sales tax, about 12 percent of the total revenues; $3.7 million from fund balance; $3.6 million from occupancy tax; about $1.7 million from social services administration; and $950,000 from EMS transport fees.

Where the money’s at

The county’s budget is scheduled for a public hearing and possible adoption on June 18.

That same date, budgets for the Tourism Development Authority (TDA) and the Ocean Sands Water and Sewer District are also scheduled for public hearing and possible adoption. Those budgets were also presented by the manager at the commissioners’ meeting.

The TDA budget is funded with occupancy tax, that is expected to generate $10.5 million in the upcoming fiscal year. Of that amount, $3.5 million is to be spent to promote travel and tourism, and $7 million is earmarked for tourism related expenditures. The amount spent and where it is spent are set in the state legislation that gave the county the authority to levy an occupancy tax.

As for the $3.5 million portion, 67 percent will go for promotions (social media, print, printed materials, TV, events, special promotions); 21 percent is for Travel and Tourism Department personnel; 12 percent is for operating expenses.

As for the $7 million: $870,810 will be used at Heritage Park (Whalehead Club), $477,000 for personnel, $288,000 operating expenses, and $105,00 for capital outlay; $1.6 million for additional emergency medical services in the summer; about $1.3 million for additional deputies in the summer; about $1.2 million to continue the projects in the Connecting Corolla Plan (including closing the gap in the multi-use path so that it will run from Food Lion to the north beach ramp); about $680,000 for lifeguard services; and $250,000 for professional services (to plan for the use of the county’s ten acres in Corolla for a permanent air-up air-down station and larger ABC Store, and to gather data about the erosion rate on about a five-mile stretch of beach).

All three budgets can be viewed in detail at the county manager’s office or on the county’s website at currituckgovernment.com.