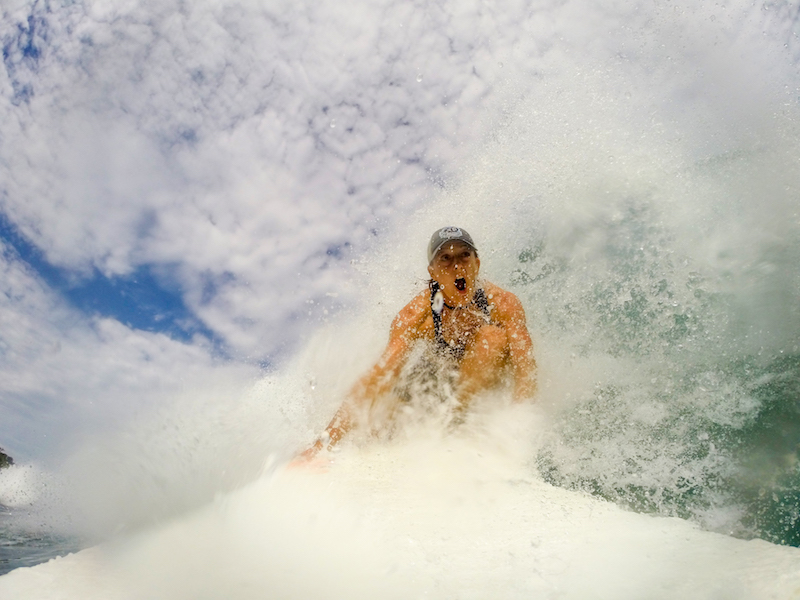 Lindsay Usher, an Old Dominion University professor, captured this image with her GoPro while surfing in Costa Rica. Usher is studying the link between Virginia and North Carolina surfers and their connection to the places they surf. Contributed photo

Surf the Outer Banks? An Old Dominion University professor wants to hear from you.

Lindsay Usher, a professor in park, recreation and tourism studies, is researching the connection between surfing communities and the places they surf.

Usher has connections to both the Outer Banks and surfing. Her parents have owned a home here since she was born and moved to Southern Shores in 2004. She’s also been a surf kayaker since the 1990s and surfing in earnest since 2008.

She’s conducting an online survey of surfers in Virginia and North Carolina and wants to reach more surfers on the Outer Banks in particular. The survey asks about surfers’ connections to places they surf, territoriality (localism as it’s known to surfers), surfing experiences, access issues and beach nourishment.

“The findings could inform recreation and coastal management practices, as well as recruitment for surf organizations, such as Surfrider Foundation,” Usher said in an email. “Very few studies have explored NC surfers’ experiences on the Outer Banks. I know of only one other one.

Surfing also contributes a substantial amount to the local economy in places like the Outer Banks, so I think it’s important to find out what surfers think.”

Surfers must be 18 or older and surf in North Carolina or Virginia to participate. There’s also an option to win an e-gift card after completing the survey, which can be found at bit.ly/VA-NCsurfstudy.