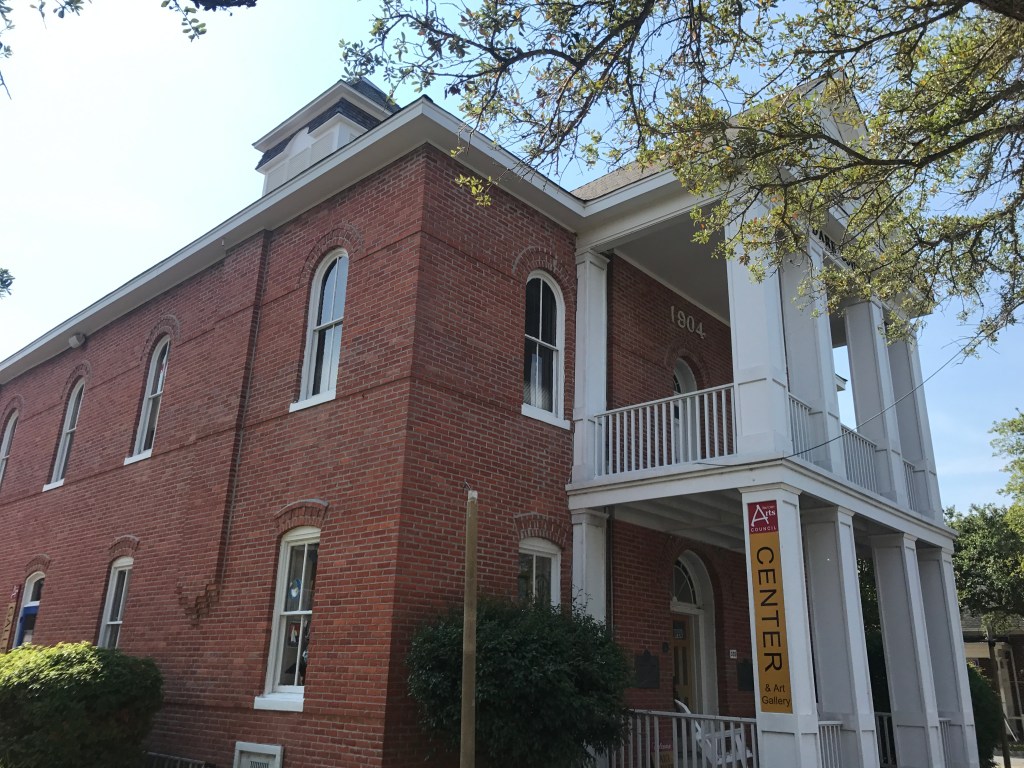 An area behind the historic courthouse in Manteo is set to become a performing arts space, but town officials still have reservations. Photo by Kari Pugh

The Manteo Planning Board green-lighted a plan by the Dare County Arts Council to turn green space behind the downtown historic courthouse into a performance space.

The planning board was asked to affirm the plan meets zoning regulations after concerns were raised by the town planner and the Manteo Board of Commissioners.

The main concern was the plan to pave over an area where new drainage pipes and other infrastructure were recently installed. The project has also raised concerns by some residents who objected to the design.

The project’s architect, Ben Cahoon, submitted slight modifications of the plan and an assurance that if the infrastructure beneath the proposed paving were to require repairs in the future, the arts council understood it would be responsible for the excavation cost.

Chairman Hal Goodman made it clear the planning board was only affirming the proposed project met the requirements that would allow the issuance of a building permit. He said those with design concerns need to address them with the Dare County government, which owns the historic courthouse that houses the Arts Council.

Planning board member Bill Parker said he thought the arts council could have done a better job involving the community in the project design. That sentiment was echoed by board member Grizelle Fearing after the meeting, who emphasized her favorable vote reflected her belief the plan met town regulations; not an endorsement of the project.

Art council members said they were pleased the project cleared the hurdle and can now focus on launching a fundraising campaign to pay for it. It is believed the earliest the project could begin would be in the fall.