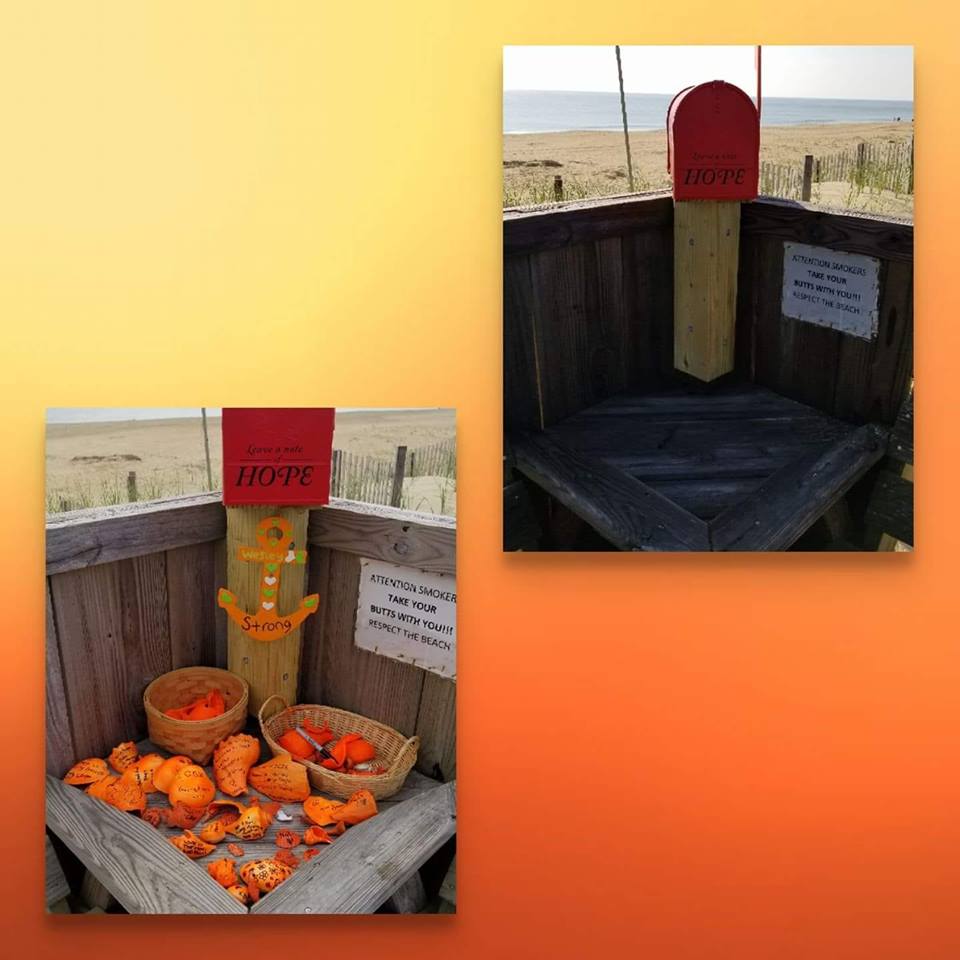 Someone took all the orange-hued seashells and an anchor in honor of 4-year-old Wesley Belisle from the Lillian Street beach access in Kitty Hawk this week.

The shells were there for people to write messages as an ongoing show of support to the family of the little boy, who was swept out to sea in April and drowned.

The shells and anchor were placed at the Little Red Mailbox erected at Lillian Street beach access last month. The red mailbox is one of several started as a place to leave messages of hope.

Mary St. Claire Dunstan, one of the organizers of a seashell memorial for Wesley and his family, said police have been called about the possible theft. The town, she said, did not remove the shells and anchor.

Dunstan said it’s possible the shells were taken by someone who didn’t realize what they were for.

“I am praying for the Lord to soften their heart and please return everything,” she said in a Facebook post. “These shells and the anchor mean so much to Wesley’s family.”

Dunstan said she’d also received a message from Wesley’s mother about the shells disappearing: “As Wesley’s mom, I know Wesley would be sad. But my sweet boy loved to share with any and everyone. I can see him saying, ‘mama, someone else needed it more.’ I’m trying to be positive but this really breaks my already broken heart.”

She’s now asking for volunteers to bring more shells (they don’t need to be orange) for the beach access memorial.