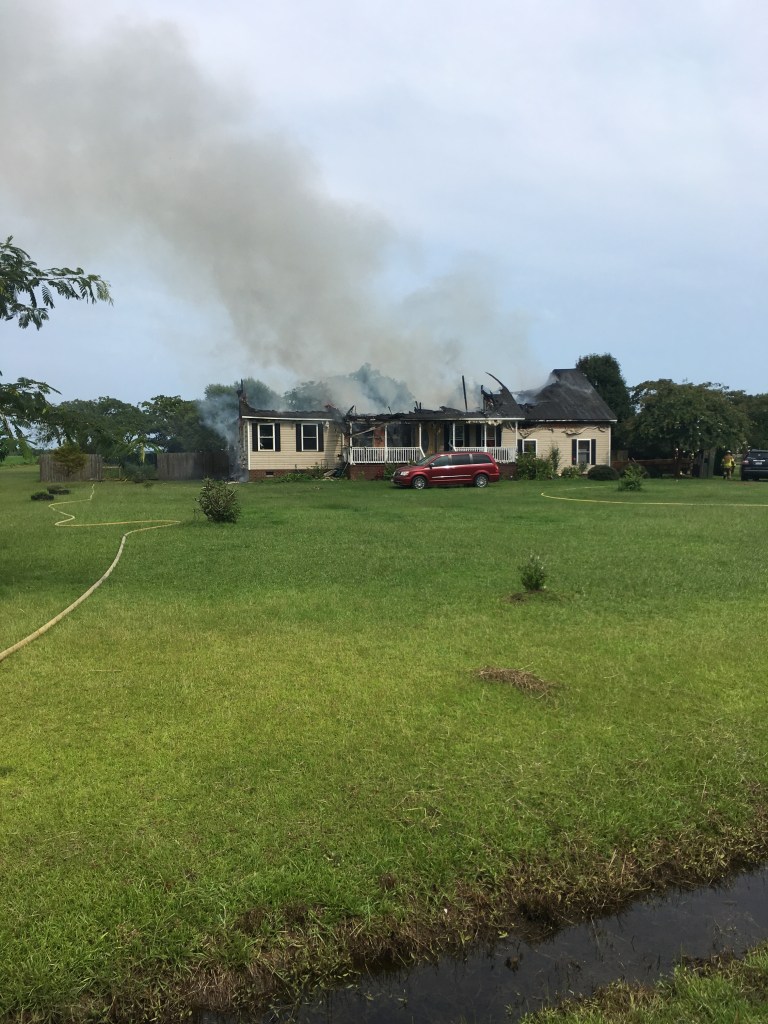 Fire crews were able to resuscitate a family’s pet cat during a Saturday afternoon house fire on Knotts Island that displaced a family of five, authorities said.

The fire appears to have started on the kitchen stove, and had already extended to the house’s attic prior to the occupant calling 911.

Melton said the occupant initially extinguished the fire on the stove, not realizing that it had already made its way into the attic.

“Everyone is reminded that it is always best to call 911 and have the fire department responding as soon as they are safely outside, because as in this case, fire can be hidden in a void space,” he said in the news release.

Virginia Beach firefighters, assisting at the scene, located the family’s missing pet cat, found covered in debris and unconscious. The beach firefighters were able to revive the feline using their animal resuscitator.

The house sustained extensive damage, displacing an adult occupant and four children, who are now staying with relatives.

Anyone wishing to donate money to assist the family can do so on Freefunder.com under “House fire on Knotts Island.”