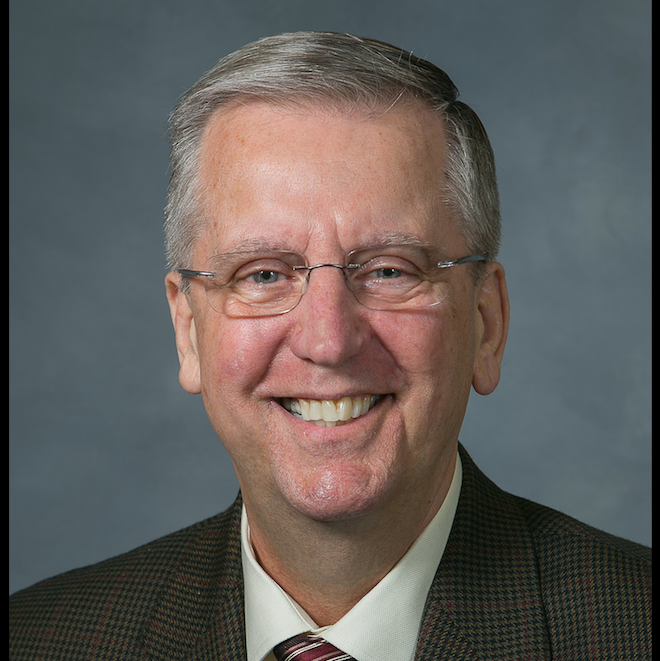 Currituck County recently committed $50,000 to a company owned by state Rep. Bob Steinburg to sponsor a basketball tournament this fall – a deal the county manager made without the need for approval from the board of commissioners.

But in light of what might seem “bad “optics,” as one county commissioner put it, the board now plans to discuss if there should be a policy or procedure in place for when a contract is with an elected official.

The county is spending $50,000 with the WolfeStein Group, a company owned by Steinburg (R-Chowan), to sponsor a November NCAA tournament in Asheville.

It’s being called “the visitcurrituckobx.comBattle of the Blue Ridge” tournament. The televised three-day event will feature “visitcurrituck” in the arena floor, on programs, schedules, media releases, and elsewhere before and during the tournament, and on the tournament’s website (with links to the county’s Travel and Tourism Department and economic development director). Currituck’s deal is as a sole sponsor.

But, Rep. Steinburg said in a telephone interview this week, politics happened. Steinburg claims some of his political opponents have been trying to make what he calls something out of nothing.

Before he formed WolfeStein in 2017, a company that organizes basketball tournaments and finds sponsors, Steinburg said he talked with state ethics officials about it, and had discussions about contracting with Currituck as well. When he talked with county commissioners about the protocol he should follow in discussing the tournament, Steinburg said he was directed to the travel and tourism department.

Steinburg, who has represented Currituck in Raleigh for six years, called the tournament a great opportunity to promote his district’s beaches. He said he also talked with Dare County about the tournament, even though not in his district, but Currituck responded first.

Steinburg said he hopes it will be the beginning of a long business relationship with the county.

County manager Dan Scanlon said the recent scrutiny has not been about the scope or value of the contract, but rather who the contract is with. There is policy in place that defines Scanlon’s authority to execute contracts. Scanlon said that all such contracts are vetted through travel and tourism, and they also get attorney review.

Scanlon added that there is no policy that suggests who the contract is with should be part of the vetting process. However, many commissioners say that policy needs to be discussed and perhaps changed.

“I think if it is over a certain amount it, should be public. Takes the bad optics out of it. People always assume the absolute worst even if there is nothing there,” said commissioner Bob White, who represents District 1.

“We cannot continue to do what we’ve always done in the past and we as commissioners have given our county manager the discretion to approve contracts to a certain threshold,” said commissioner Marion Gilbert, who represents District 5. “That being said, if some feel we have given to much leniency than I believe we revisit those policies.As far as contracting with elected officials that is certainly something that we need to look at, especially when there is direct benefit to that particular individual. Seems to be a hot topic on the forefront of the news lately.”

Gilbert said she looked into the tournament and feels the event “should give us a great [return] on our investment as far as promoting tourism for our area.”

Vice-chairman Mike Payment said he knows there’s no county policy in place to address “specific advertisement with an elected official,” and that the board will likely be discussing the matter.

“I think open discussion about a policy is a good thing,” said commissioner Paul Beaumont, who represents District 4.

Chairman Bobby Hanig said he wanted to discuss the matter with the board before speaking publicly. At-large commissioner Mary (Kitty) Etheridge said in an email she had “nothing to add.”Commissioner Mike Hall did not respond to a request for comment.

Rep. Steinburg called the suggestion that political favor was in the mix “ridiculous” and said the contract has “nothing to do with anything else” other than the tournament.

In 2016, the county turned down an opportunity Steinburg presented to sponsor a tournament in Ohio because the teams did not represent a desirable market for the county.

The college teams slated for the Asheville tournament, which will be held over Thanksgiving weekend, are Arkansas State, Eastern Illinois, Gardner-Webb (Boiling Springs), and the University Of North Carolina Wilmington.