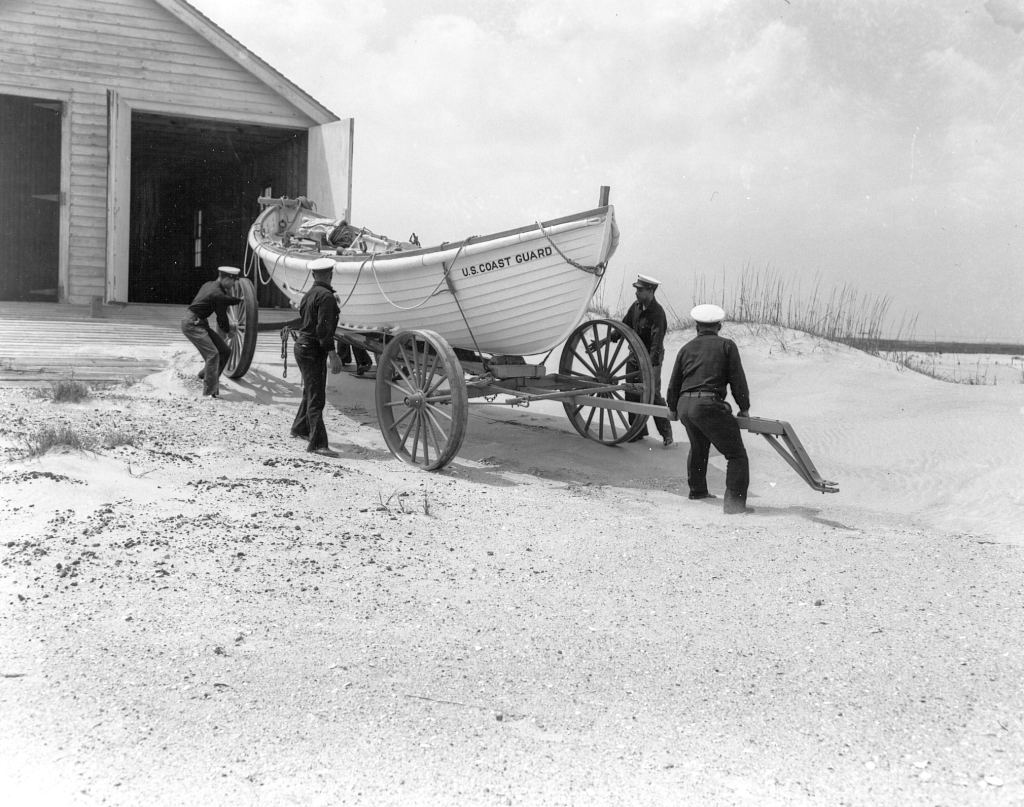 Chicamacomico Historical Association presents the Centennial Celebration of the 100th Anniversary of the Mirlo Rescue.

Festivities are lined up for each day of the week starting Monday, Aug. 13 and concluding Friday, Aug. 17.

Collection of cedar shakes salvaged from the 1911 building and hand-painted by local artists will be on display for the remainder of August. The shakes are for sale. To see the exhibit at other times, visit the Gallery from 10 a.m. to 6 p.m., Monday through Friday and 10 a.m. to 4 p.m. on Saturday.

Graveyard of the Atlantic Museum, 59200 Museum Dr., Hatteras. 4 p.m. Descendants of rescue crew members gather to point out and talk about artifacts on display. The exhibit, which will be on display through August, includes the one-of-a-kind silver Loving Cup presented to Keeper John Allen Midgett for his heroism by the British Board of Trade. A private reception follows. The museum is open Monday through Saturday, 10 a.m. to 5 p.m.

Thursday, Aug. 16: Centennial Celebration of the 100th Anniversary of the Mirlo Rescue.