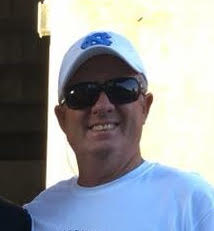 A native of Hatteras Island, he was the son of the late Beth Gray Quidley and Amasa J. Quidley.

Jeffrey loved being out on the water, and he spent much of his time participating in billfish tournaments and taking friends, family and visitors alike on fishing charters. Jeffrey was an avid fisherman captaining his own charter boat, along with many other boats; Jeffrey started out in commercial fishing at a young age and transitioned over to offshore fishing.

Once the boat was docked, Jeffrey worked as a carpenter and had a successful construction company, the number of house’s that Jeffrey was a part of, is too long to list. He started out with Sound Construction and was able to branch off on his own. The quality of Jeffrey’s work has always been second to none.

Along with his parents, he was preceded in death by his brother, Allen Quidley, and a nephew, Aaron Quidley, along with some very dear friends.

A memorial service was held at 3:30 p.m. on Saturday, Aug. 25 at Our Lady of the Seas Catholic Church.

A BIG celebration of Jeffrey’s life is planned for this fall or early winter and information for this event will be released soon, this will be a Team Jeffrey event.

Starr Fromkin Belvin of Southern Shores passed away peacefully surrounded by her immediate family in the early hours of Aug.... read more