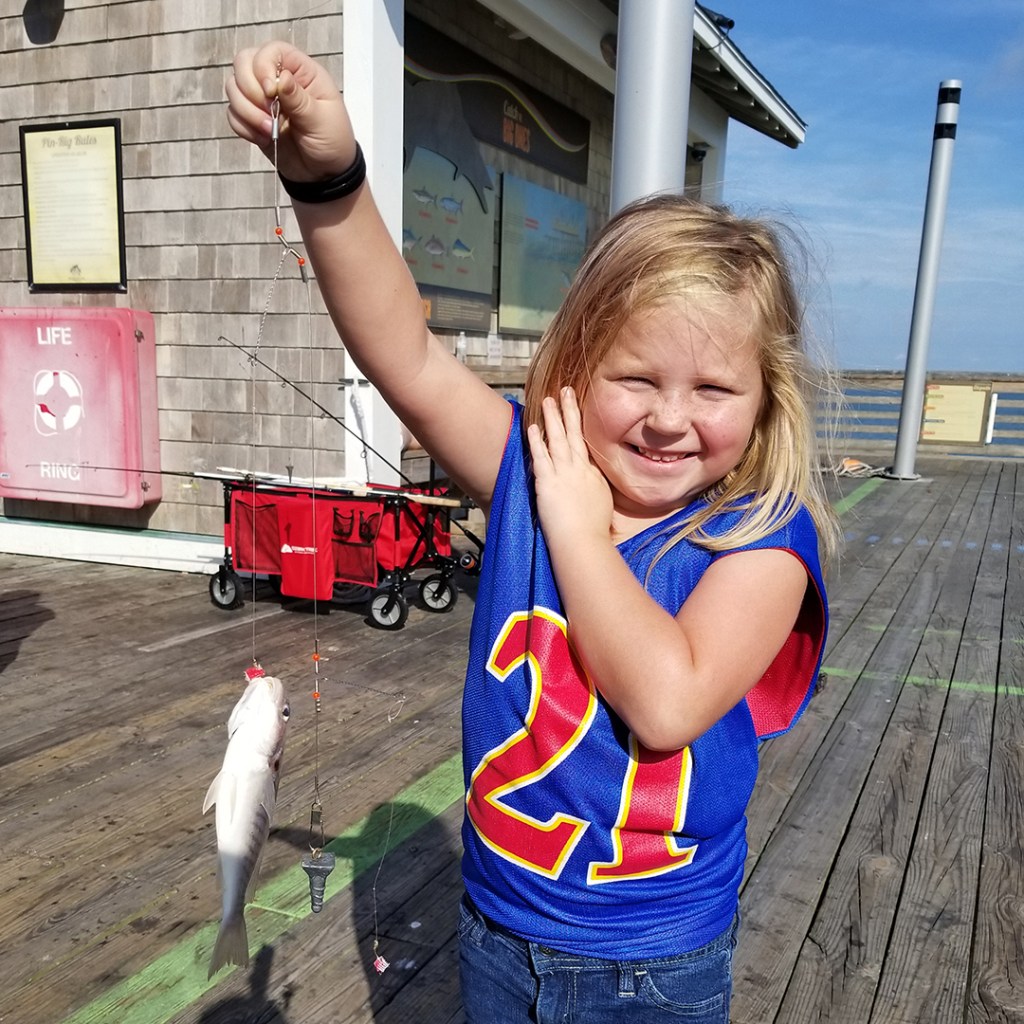 What a fabulous week of fishing, waves, fun and sun for people to kick off October along these gorgeous barrier islands collectively known as the Outer Banks.

Ahhh, where to begin?

“It’s been three good days of Spanish [mackerel], blues and a ‘ka-zillion’ speckled trout caught,” he said, “all not long enough, all thirteen inches, all the same.”

“The big drum have started showing up, forty-one, forty-two inchers,” Warren said. “And we had a real good day of pompano, one was two pounds!”

The veteran counter man added that conditions are shaping up great for this week too.

“The way the wind is blowing [east, northeast], its setting up for everything [to bite],” Warren said. “Time for the [southern] migration to start.”

The problem is, he noted, the water temperature is too high at 78 degrees. People were swimming, wading and surfing like it was mid-summer all weekend.

At Jennette’s Pier, anglers were doing well with pompano, some big ones included, along with Spanish mackerel and blues. Last Friday, Scott Turner of Belle Vernon, Pa. caught a huge, 19-inch pompano. 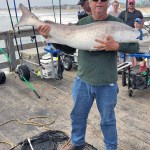 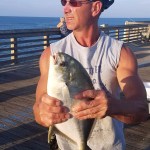 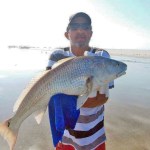 Rick Cromer on an Ocracoke beach found a nice red drum, some bluefish and a small pompano. (courtesy Tradewinds Tackle)

Plenty of people were fishing along Nags Head beaches Sunday and hundreds of additional anglers enjoyed some beautiful weather to compete in the 67th Annual Nags Head Surf Fishing Tournament.

Anglers caught a lot of blues, pompano, black drum and a few Spanish mackerel and flounder. Beach driving season in Nags Head and Kill Devil Hills opened up Oct. 1 with a $25 permit good for both towns.

Down on Hatteras Island, plenty of photos are surfacing of puppies and big drum being caught on both sides of the island. Dan from Red Drum Tackle reported that things got interesting early Saturday.

“The morning started off with a bang with two big drums and a keeper puppy at the point around 6:30 a.m.,” he said online. “A few Spanish and bluefish were landed on lures at sunrise at the point.

“The rest of the day had bluefish on bait and there were some reports of pompano and sea mullets throughout the day,” Dan said. “Sound side has puppies and speckle trout. Avon Pier had some big drums being caught out on the end.”

On Ocracoke, fish are biting and they’re gearing up for the big Blackbeard’s Pirate Jamboree set for Oct. 25-28. Go there, catch red fish and then seek out Blackbeard!