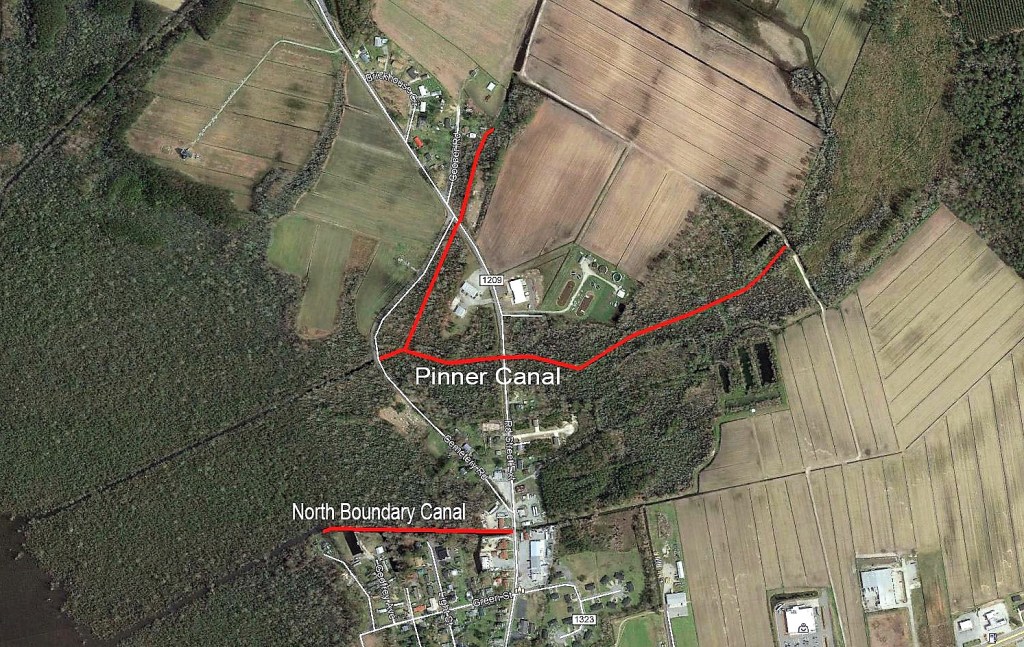 North Boundary and Pinner canals north of Columbia are to be dredged as soon as environmental permits are issued. Contributed photo

“We have just initiated the project with WK Dickson taking the lead of the project [in areas] such as engineering, permitting, surveying, etc.,” Fleming stated.

WK Dickson & Co., Inc., based in Charlotte, provides planning, design and engineering consulting services in the United States, including transportation planning and design, environmental and water resources engineering and urban planning and development, according to Bloomberg.

Following Hurricane Matthew in 2016, Fleming assessed the county’s waterways as a first step toward applying for disaster recovery funding.

He obtained a grant from the NC Department of Agriculture’s Division of Soil and Water Conservation for just under $1.2 million.

About $179,000 of that amount went for clearing and snagging fallen trees and woody debris in the majority of the waterways county-wide, Fleming explained.

The remaining amount, approximately $940,000, is earmarked for sediment removal (dredging) of multiple waterways in the county.

“I made the decisions,” Fleming said, “on which waterways should have the work done based on: (1) how difficult that it would be to get equipment to the work area; and (2) how badly the area floods because of the canal being filled with sediment.”

North Boundary Canal is to be dredged first and the project area will be from Road Street westward (toward the Scuppernong River) to just past the boat basin on Godfrey Avenue.

The second canal with be the Pinner Canal system between Cemetary Road and Road Street and then continuing east of Road Street.

Next will be the Bridgepath Canal on Sound Side. It will be dredged from Bridgepath Road “all the way to the connecting outfall canal that goes to the sound,” Fleming said.

“Depending on how far the grant money goes in this project, perhaps I can look at possibly doing more work,” he concluded.