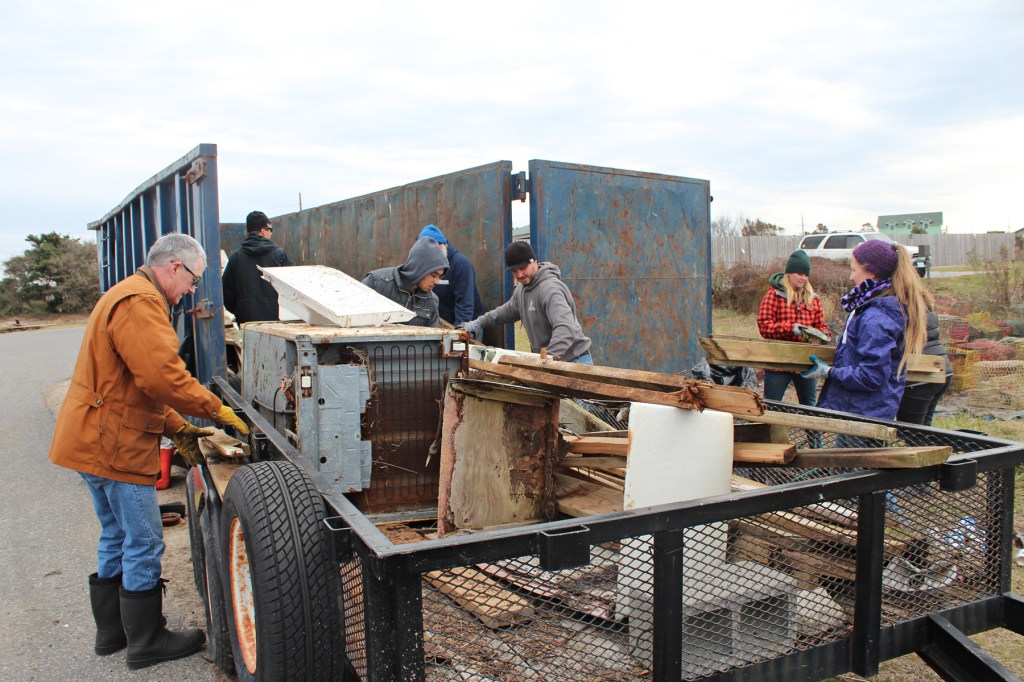 In Rodanthe, 29 volunteers and four federation staffers responded to the calls for help. Those volunteers removed 4.77 tons of debris during the clean-up. The project completely filled a 40-yard roll-off dumpster, two 8-yard front end load dumpsters and 200 pounds of recyclables.

Storm debris included lots of wood, a toilet, many car parts and pieces, 6 beach chairs, 8 coolers, an inflatable dinghy and an entire refrigerator filled with unopened beverages. The items of highest quantity were aluminum cans at 443, and plastic bottles at 240.

The clean-up at Morris Landing, near Wilmington, drew 21 volunteers who logged 1,300 items into the NOAA Marine Debris Tracker. The estimated weight is about 500 pounds of trash and 150 pounds of recycling. About 300 glass bottles, 400 plastic bottles, 200 aluminum cans and 80 plastic bags were among the items collected.

MORE ARTICLES OF INTEREST MAY BE FOUND IN OUR ON THE WATER SECTION.