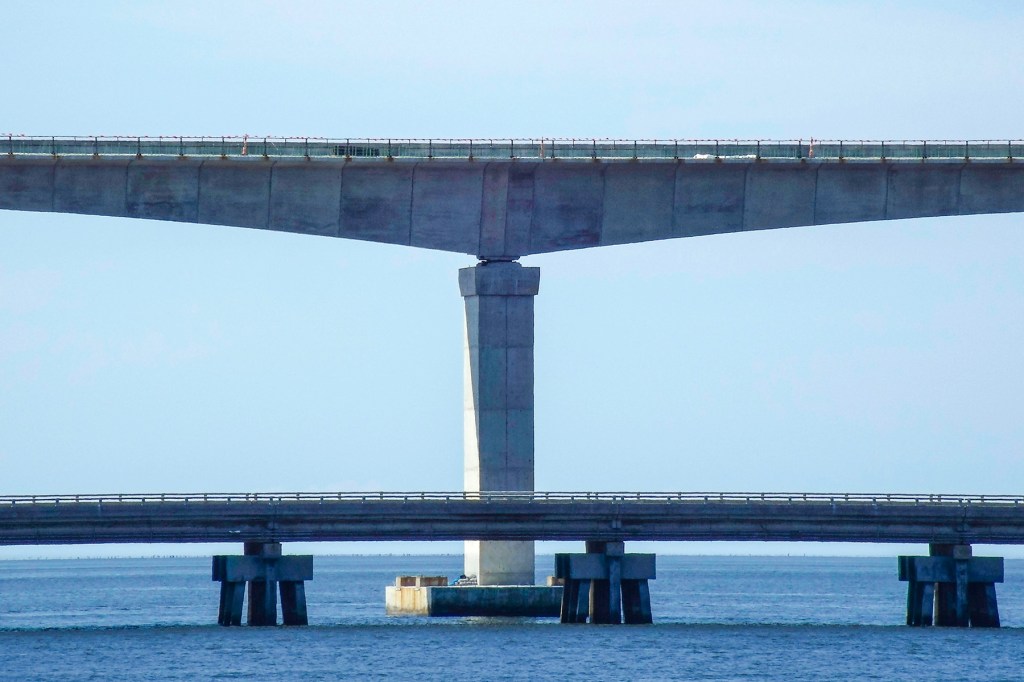 The new bridge replacing the Herbert C. Bonner Bridge over Oregon Inlet is expected to open to traffic as early as mid-February, thanks to mild weather and an accelerated pace of activity by contractors.

“The list of work left to do is shrinking rapidly,” said NCDOT division engineer Jerry Jennings. “It’s now down to a matter of days.”

NCDOT and local officials are planning an informal community day on Feb. 9 to celebrate the new bridge.

At 10 a.m., at the north end of the bridge, brief remarks will be delivered. After that event, the bridge will be open until 4 p.m. to the public for walking and biking. For safety, due to traction grooves in the road surface, no scooters, skateboards or rollerblades are allowed on the bridge.

At 11 a.m., a special blessing of thankfulness for the bridge and laying of a wreath in Oregon Inlet will honor the close connection between the people of the Outer Banks and the inlet.

Parking for the community day will be available in the parking lot adjacent to the Oregon Inlet Fishing Center, 8770 Oregon Inlet Road, Nags Head.

Traffic is expected to be shifted in the days following the event. A more formal celebration for the new bridge is tentatively slated for early April. Details of the events will be announced at a later date.

Contractors are currently installing guardrails and expansion joints as well as adding traction grooves to the bridge’s deck, while workers from Cape Hatteras Electric Cooperative are finishing work attaching power lines to the new structure. Once all the finishing touches are complete, workers will paint lane markings on the new bridge and traffic will be shifted. After the new bridge is open, crews will begin dismantling the old bridge.

The opening date could still be pushed back by inclement weather or other factors, but engineers still expect the new bridge to open to traffic in February.

The Bonner Bridge Replacement Project began in March 2016. The new $252 million bridge is 2.8 miles long, 90 feet high at its apex and is designed for a 100-year life span.

All together now: Last Bonner Bridge girder in place