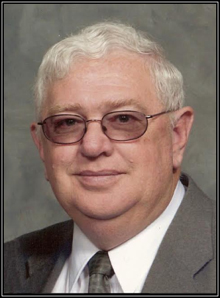 William “Tim” Timothy Gaylord passed away Wednesday, May 1, 2019 at his home in Aydlett, NC surrounded by his wife of 48 years and his four children.

A native of Washington County, NC, Tim was born in Roper on July 9, 1946 to the late William Vail and Beulah Bertha White Gaylord. He lost his father at an early age and credited the Boy Scouts with being a father figure, providing valuable lessons and guidance that he would use throughout his lifetime.  He proudly earned their highest honor of Eagle Scout and lived the motto, “be prepared”.

Tim served in the United States Air Force during the Vietnam War, where he was assigned to several secret bases as an airplane mechanic and did crash recovery.  While stationed in Japan, he served as a Scoutmaster, too. He retired as a Master Sergeant in 1985 and returned to his hometown of Manteo. He then worked at the Dare Co. Regional Airport during which time he earned a Bachelor’s Degree from Elizabeth City State University. While managing the airport, he was most proud to add the first airplane self-service fuel station on the East Coast, help coordinate the Wright Brother’s Anniversary of Flight annual celebrations and to bring in the Berlin Airlift’s Spirit of Freedom “Candy Bomber,” which became an annual event. He managed the airport until 2003 when he moved to West Point, VA. to develop the Middle Peninsula Regional Airport from an old WWII airfield.

Tim always enjoyed camping and helping others, so after leaving West Point, he and Jeanne spent their time travelling to Virginia and North Carolina State Parks as camp hosts. His other passions included carving walking sticks, genealogy, fishing and photography. He also continued to support scouting in any way needed.

He is survived by his beloved wife, Jeanne Moore Gaylord; his four children, Kimberly Combs (Kevin), Cristina Respass (Anthony), Susan Henry (Erick), and Jimmy Gaylord (Lindsey); and his two sisters, Diane Gaylord and Judy Jantzen (Stu). He leaves behind five grandchildren and two great grandchildren, his nieces and nephews and many, many friends and family. Besides his parents, he was preceded in death by his sister Becky Gaylord.

A Celebration of Life will be held at Jarvisburg Church of Christ on Saturday, May 11th at 1:00 pm.