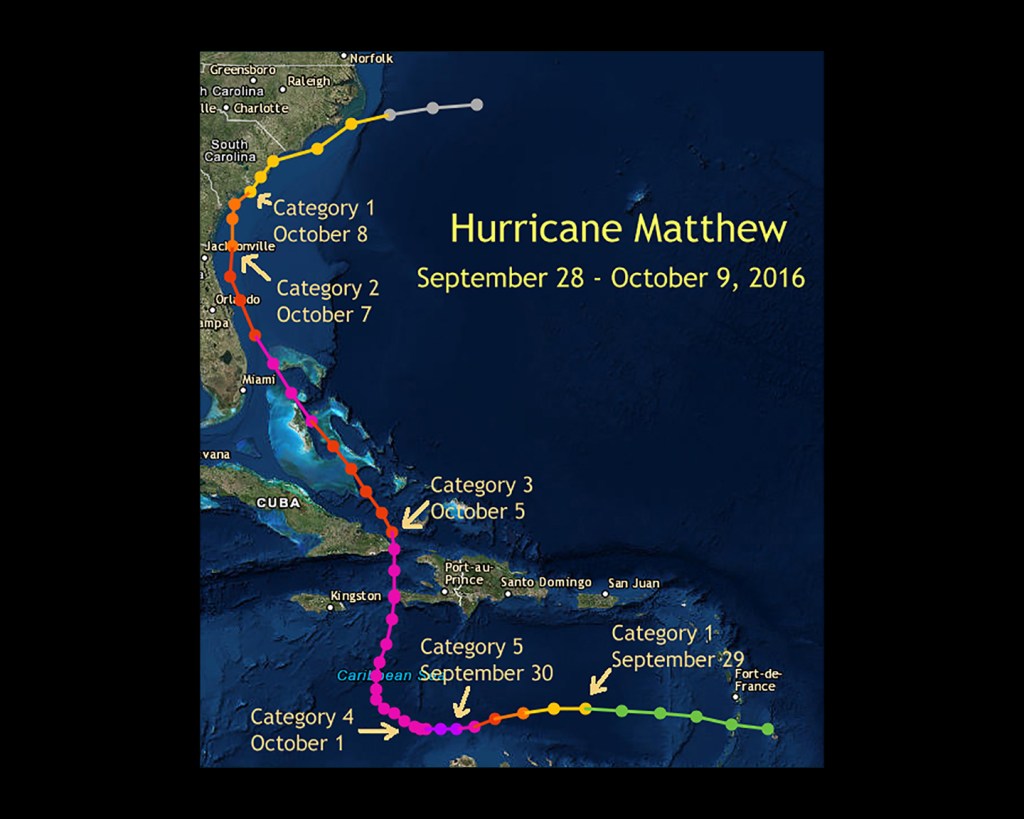 Administrative mistakes and a lack of expertise caused delays in North Carolina’s spending of federal funds for Hurricane Matthew recovery, according to a report released Monday from the General Assembly’s government watchdog agency.

The U.S. Department of Housing and Urban Development announced a federal community block grant of $199 million for the state in December 2016, which was later increased to $237 million in August 2017. But as of December 2018 — over two years after Matthew made landfall — the state had only spent 1%, or $3.4 million, of those funds, according to the report. By comparison, South Carolina spent 22% of its award for Matthew recovery in the same time period.

Following Matthew, many legislators in the eastern part of the state have questioned slow hurricane recovery fund distribution. They raised concerns that the same trend could hold true for recovery funds for Hurricane Florence, which brought record rains and flooding to the state in September.

North Carolina has been considered a slow spender by HUD, and as of this March, the state has spent a total of 3.1% of block grant funds – the slowest spending of any state or federal funds, according to the report’s lead researcher.

The community block grants were only a portion of the total federal money that North Carolina received for Hurricane Matthew recovery. Four other federal programs awarded an additional $667.7 million.

The delays, the review said, were caused by a lack of institutional knowledge about Community Development Block Grant-Disaster Recovery funds, intended as last resort spending for long-term housing and infrastructure recovery. Before Matthew, the state had not received this type of funding since 2003. As a result of inexperience, the report said, the state didn’t meet grant requirements, forcing it to re-bid its contract and spend $3.7 million in state funds to cover costs that could’ve been paid with federal funds. The report also says the state missed opportunities to fully leverage federal funds.

After initial missteps, the state created the North Carolina Office of Recovery and Response in October 2018 to coordinate recovery efforts. Recovery and Response Office employees are required to be knowledgeable about housing programs such as the CDBG-DR program, but the report notes that these positions are time-limited, set to be dissolved in 2022, which “puts the state at risk of encountering similar problems in recovering from future disasters.”

In response, lawmakers have drafted a disaster recovery bill based directly on the four recommendations given in the report, one of which is to maintain permanent recovery and response positions for future disaster recovery efforts. The committee will vote on recommending the draft bill to the General Assembly next month.

At a Joint Legislative Program Evaluation Oversight Committee meeting on Monday, Republican committee co-chairman Rep. Craig Horn acknowledged that hurricane survivors may feel stuck while waiting to get recovery money. He called the process “overcomplicated” and expressed hope that by having one office handle all recovery efforts, it could be simplified.

“We’re all frustrated at getting help to people as quick as we can, but you’re forced to jump through a million hoops,” said Horn, a Union County Republican.

State recovery leaders disagreed with some of the report’s findings. Laura Hogshead, chief operating officer of the Office of Recovery and Resiliency, pushed back on criticism of the delayed timeline for distributing the funds, pointing out that the state had to wait nearly a year for HUD to approve North Carolina as a grantee for these funds.

“The first 311 days the state had literally no ability to access those funds,” she said.

Because of this, she said, it was unfair to compare North Carolina’s recovery spending with South Carolina, which had already established grantee status.

Hogshead also said the $3.7 million in state spending that the report said could have been paid for by federal funds, was being mischaracterized as “misspent” money.