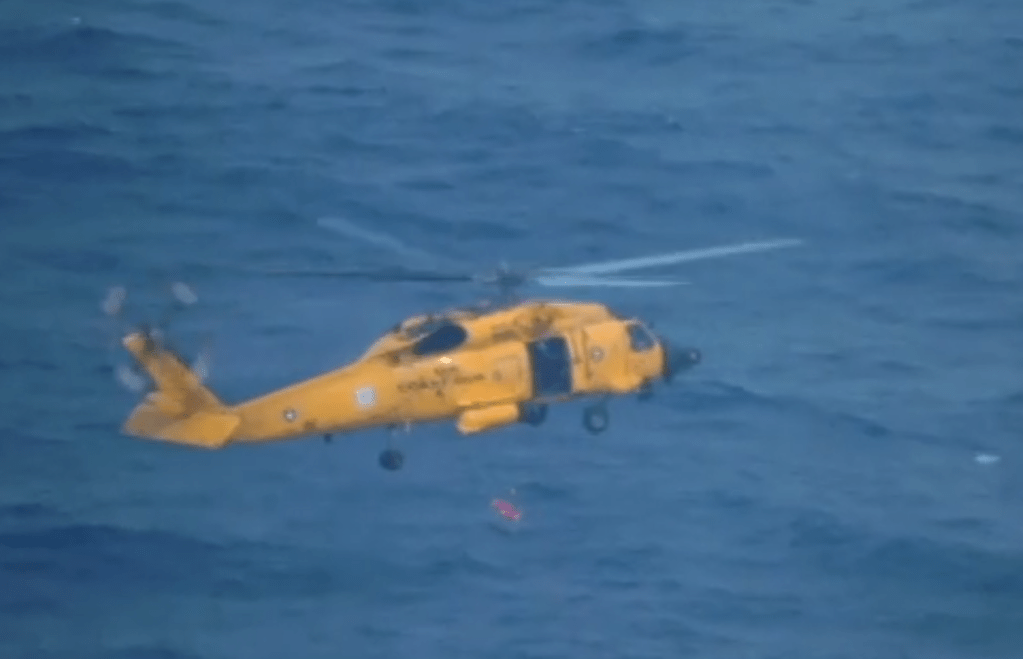 Watchstanders at the Coast Guard’s 5th District command center in Portsmouth, Va. initially received the report via phone call from personnel aboard the cruise ship Anthem of the Seas, who stated that one of their passengers had reportedly been suffering from abdominal pain.

Once on scene, the Jayhawk aircrew hoisted both the patient and his wife aboard the helicopter and transported them to Carteret Health Care Medical Center in Morehead City.

“Conducting a medevac from a cruise ship can be difficult sometimes, especially in bad weather,” said Petty Officer 2nd Class Alex Morris, the aviation maintenance technician who worked the hoisting mechanism for this medevac. “Thanks to the constant training we conduct, we’ve remained capable and ready to respond to the calls of people in distress at sea.”