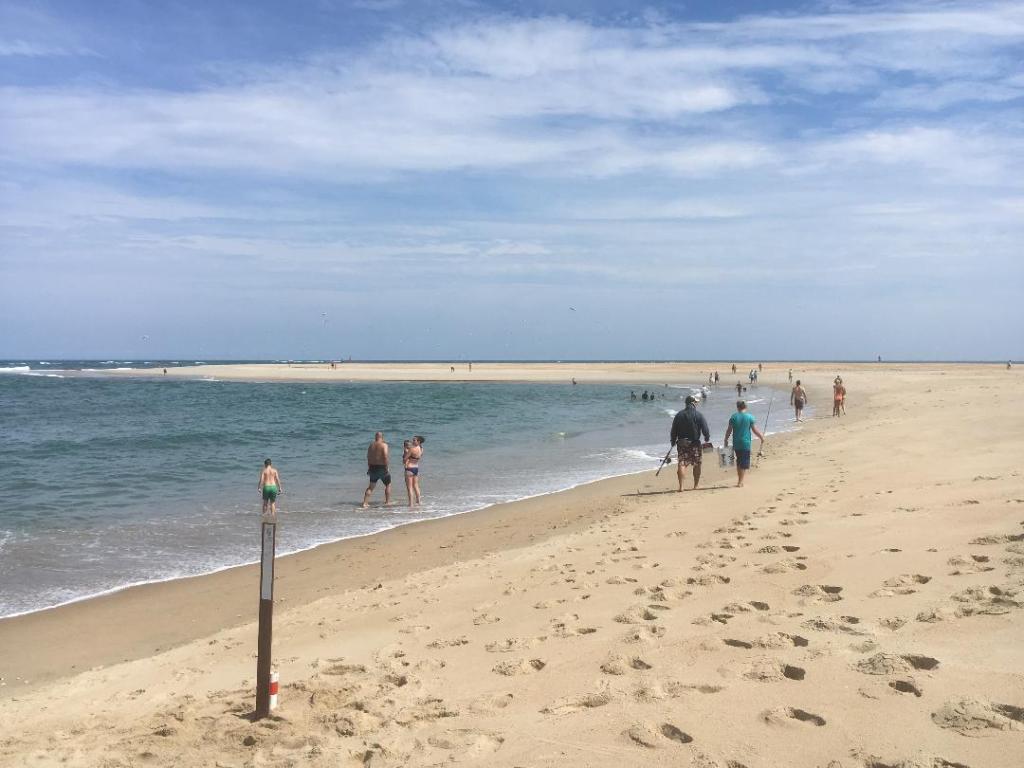 Visitors enjoying the tip of Cape Point on the afternoon of August 1. NPS photo

A protection buffer remains in place within the interior of Cape Point to protect multiple least tern chicks.

The adjustments to beach access that were made Aug. 1 allow pedestrians to travel to additional beach areas, including the tip of Cape Point, without entering the least tern protection buffer.

An adjustment to beach driving access was also made. Beach drivers can now travel south of Ramp 44 and continue around the west-side of the least tern protection buffer to reach a portion of the south-facing beach, commonly referred to as “the hook” side of the point.

An interior area at Cape Point is still closed to all access for the protection of least tern chicks. There is no through access between the south-facing beach and the tip of Cape Point due to the protection buffer extending all the way to the water line.

Visitors should pay close attention to the signs located south of Ramp 44.

The adjustments that were made Aug. 1 are subject to change due to the mobility of least tern chicks. For updated beach access information, visit go.nps.gov/beachaccess.

The Cape Chronicle, a National Park Service publication, states that transition to night driving may happen as early as Sept. 15, if no sea turtle nests are along the driving routes.

On Friday afternoon, the sea turtle nest count was 419. The previous record for a single season was 325 nests.

On Pea Island National Wildlife Refuge at the top Hatteras Island another 36 nests have been located.