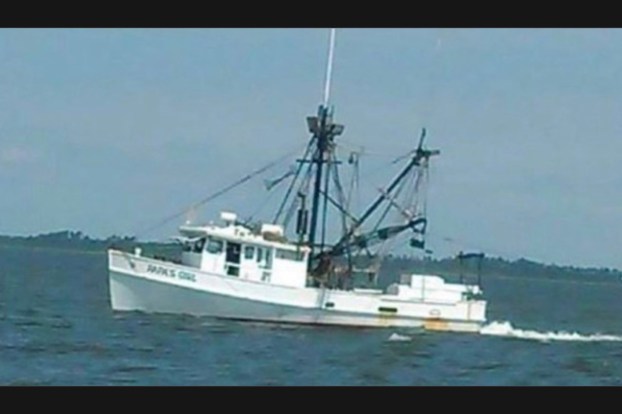 The final missing crewmember from the Hyde County fishing vessel Papa's Girl was recovered Tuesday after being spotted by an NCDOT ferry. Courtesy Gibbs family

The fourth and final crewmember of the capsized Hyde County fishing vessel Papa’s Girl was recovered Tuesday, February 4, according to the Hyde County Sheriff’s Office.

HCSO Sgt. Charles Herina said the body of crewmember Sammy Douglas was recovered Tuesday after being spotted by crewmembers on an NCDOT ferry. The HCSO, Hyde County EMS and the U.S. Coast Guard all participated in the recovery effort Tuesday.

The final recovery this week followed extensive searches of the Pamlico Sound in January by multiple federal, state and local agencies in the weeks after Papa’s Girl capsized on the evening of Jan. 7.

Initially, the U.S. Coast Guard responded that night, alerted by an emergency position indicating radio beacon. Early the following morning, they were able to locate the vessel’s captain, F.G. Gibbs, and a crewman, Benjamin Poe. Both men were hypothermic and were subsequently transported by helicopter to Sentara Albemarle Hospital in Elizabeth City. Gibbs died that same day.

For the next two days, the U.S. Coast Guard continued its search for the two crewmembers that were still missing, Douglas and Keyron Davis. Also assisting in the search were the N.C. Wildlife Resources Commission, North Carolina Marine Patrol, multiple local agencies and a number of volunteer vessels.

While the Coast Guard suspended its search on Jan. 9, after covering approximately 1,170 square miles of the Pamlico Sound, the search continued under the leadership of the N.C. Wildlife Resources Commission.

The recovery of Douglas this week marks the end of a tragedy that sent shockwaves through Hyde County and beyond. While the families are still coping with their losses, and the one survivor continues to recover physically and mentally, the community has rallied around them, according to family member Leslie Gibbs.

Gibbs was responsible for organizing a fundraiser to help the families pay for funeral and medical expenses, as Papa’s Girl did not carry insurance. Ultimately, the fundraiser brought in $15,950 from 273 donors, enough to cover all the expenses and provide for part of Poe’s medical bills. A memorial for Douglas was already held prior to his recovery.

“The money has been dispersed to the families,” Gibbs said. “We were able to cover the funeral costs for everybody and have a little bit left over for living expenses.”

Letter to the Editor: Response to letter regarding Ask Rusty Social Security column

Guest Opinion: The call to do and act justly

Reflections by the Sea: Our country