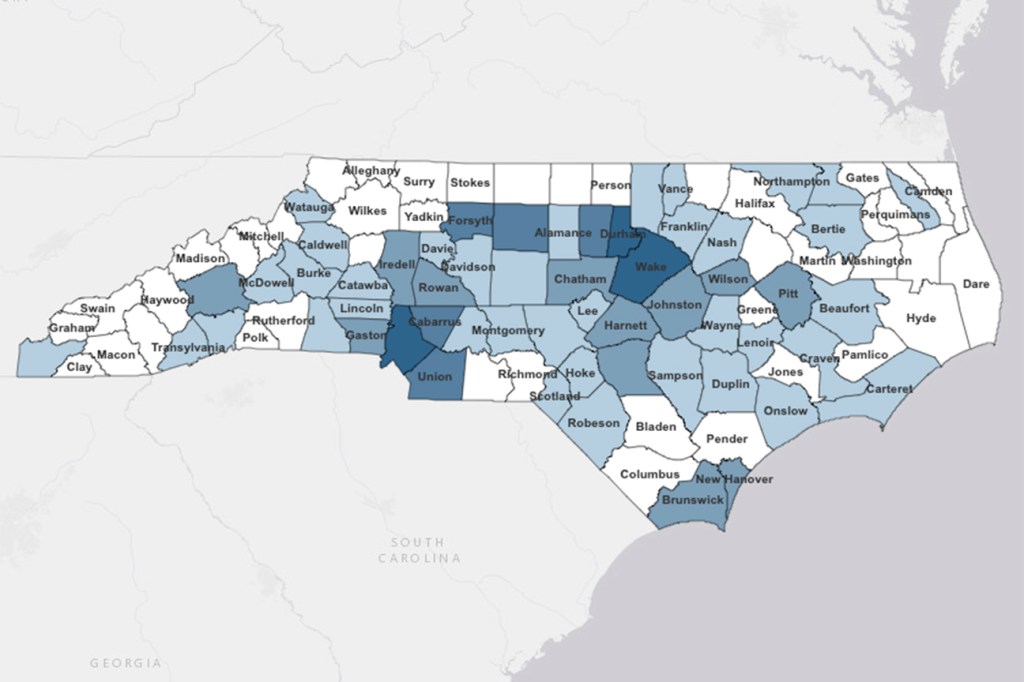 North Carolina can now receive additional emergency assistance after Gov. Roy Cooper’s request for a major disaster area declaration due to COVID-19 has been approved by the federal government.

The White House announced President Donald Trump’s decision late Wednesday on the declaration, which commonly has been sought by North Carolina after hurricanes. Cooper issued a state of emergency in North Carolina on March 10, and Trump followed with a national emergency declaration a few days later.

The state now counts more than 630 positive COVID-cases as of Thursday morning, or about 130 more than Wednesday. Health officials announced two deaths — one a person from Cabarrus County and another person from Virginia who contracted the virus while in North Carolina. Nearly 13,000 tests have been completed statewide.

Cooper has over time expanded statewide movement and commerce restrictions and extended the closings of K-12 public schools through May 15.

Several major population centers, with Mecklenburg, Guilford and Buncombe counties among them, have issued more restrictive stay-at-home orders to shut down work at nonessential business. Wake County, which includes Raleigh and Cary, planned to unveil a similar order later Thursday. Restaurants are closed statewide for dine-in services but can offer take-out and delivery.

Cooper has said he expected additional guidance and orders soon.

Child care centers can remain open, but those that want to keep operating as of next week must fill out an application and meet more restrictive health and safety guidelines. The state will offer worker bonuses and payments for families whose parents are considered critical workers.

For most people, the new coronavirus causes mild or moderate symptoms, such as fever and cough that clear up in two to three weeks. For some, especially older adults and people with existing health problems, it can cause more severe illness, including pneumonia and death.

Trade groups representing the state’s hospitals and doctors have urged Cooper to issue statewide directives that further prevent the public’s movement. They are worried an expected surge in cases could overwhelm hospitals and endangered health care workers.

Donald Gintzig, the WakeMed Health and Hospitals CEO, told state House members on Thursday that the time for a statewide stay-at-home order probably came a few days ago.

“Staying at home is not going to make this thing go away,” said Gintzig, who is also chair of the North Carolina Healthcare Association. “What it will do . . . is that amount of spread that I talk about (will) happen at a much more predictable and manageable rate.”

In Cooper’s major-declaration request to Trump, the governor sought federal help to individuals, including unemployment and small business assistance, crisis counseling and other programs.

Unemployment benefit claims in North Carolina have reached 166,000 from March 16 through Wednesday morning. This total compares with 100,000 claims received per month during the Great Recession in the late 2000s – labeled until now as the state’s employment security agency high-water mark, agency head Lockart Taylor said.

Gintzig spoke to a legislative health care working group meeting by video conference to consider what actions the General Assembly could take on or before the scheduled April 28 session.

The state has several pots of money from which to locate extra cash to address the surge in jobless claims and the economic downturn. That includes $1.1 billion in the state’s rainy day reserve fund.

There’s also $2.2 billion in the state’s total unreserved cash balance, or money that isn’t already earmarked for something. That balance is larger because an impasse between Cooper and the Republican-controlled legislature meant a two-year budget wasn’t approved last year.