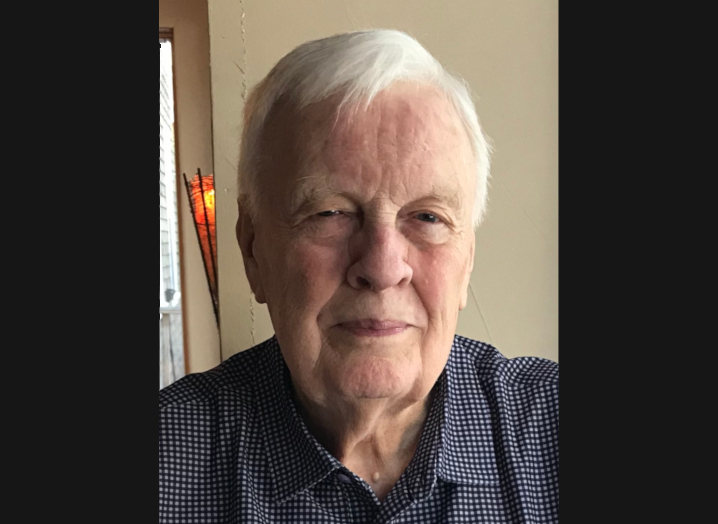 Manteo – Ronald Henry Leasburg, 87, passed away on March 25, 2020 in Elizabeth City, NC. Ron was born in March 16, 1933 in Clarksburg, WV. He was the son of the late Henry and Catherine Leasburg. He was also predeceased by his siblings, Russel, Kenneth and Edward Leasburg. Ron served his country proudly in the United States Army during the Korean war.

Ron graduated undergrad with degrees in chemistry and math from Youngstown State University. He earned his master’s degree in the humanities from the University of Richmond. Ron channeled his academic success into many passions including travel.

A friend described Ron as an International energy guy who saw the world. Ron built nuclear plants for General Electric in Switzerland, Japan and the US.  He worked internationally in several countries including Switzerland, Japan, Pakistan, India, Russia, Kazakhstan, and Greece. Ron retired as president of Dominion Energy when it was in the holding company of Dominion Resources.

Ron’s career successes were many.  He was one of the very first licensed nuclear reactor engineers in the U.S. at Shipping Port Atomic Power Station – the first commercial nuclear plant in the US. Ron made “It Happened First in Virginia,” a reality.  He was instrumental in bringing the United States its first dry cask storage technology for nuclear waste for Virginia Power. He was also proud of being in charge of building the Bath County Hydroelectric Pump Storage Plant in Virginia.

As hard as he worked Ron enjoyed pursuing several interests avidly – golf, aviation (he was a licensed pilot who owned his own plane), woodworking, poker, opera, cooking, and history. He also cherished his daughters, grandchildren, a good meal and a great trip around the world.

The family has no plans for memorial services in accordance with Ron’s wishes. Please express condolences to the family via the online register at www.gallopfuneralservices.com. Gallop Funeral Services, Inc. was entrusted with arrangements.