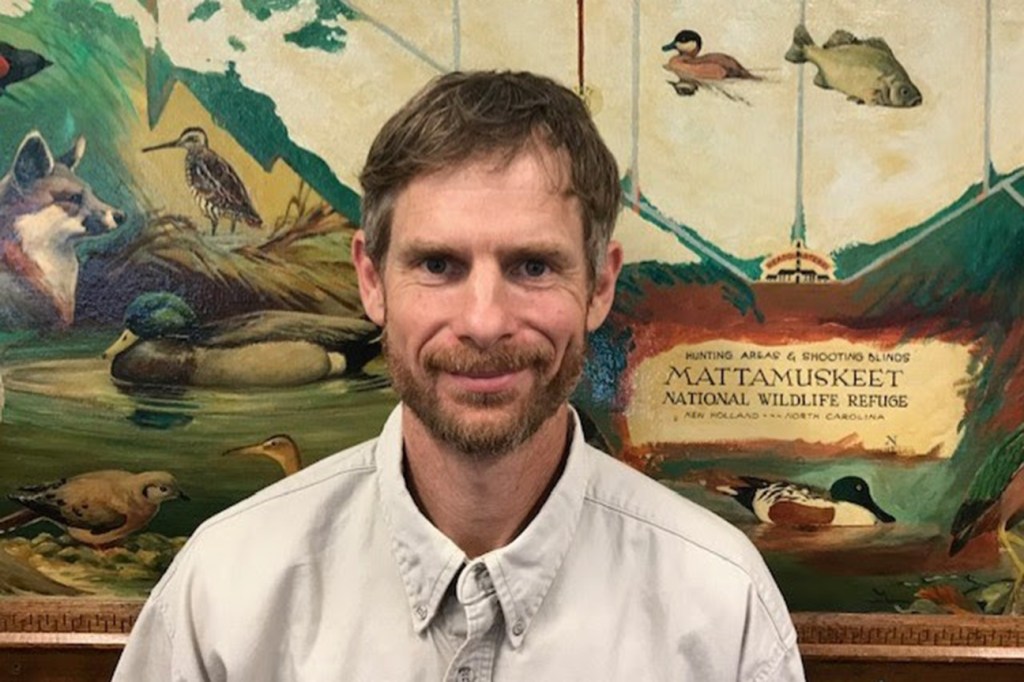 His selection was a homecoming of sorts, as he was introduced to the refuge as an intern leading a crew of Youth Conservation Corps participants during the summer of 1996.

He began his official career with the U.S. Fish and Wildlife Service in 1997 as a cooperative education student while attending North Carolina State University, where he received his undergraduate degree in wildlife sciences.

While not at work, he enjoys spending time with his family, camping, biking and working with children at church and in his local community.