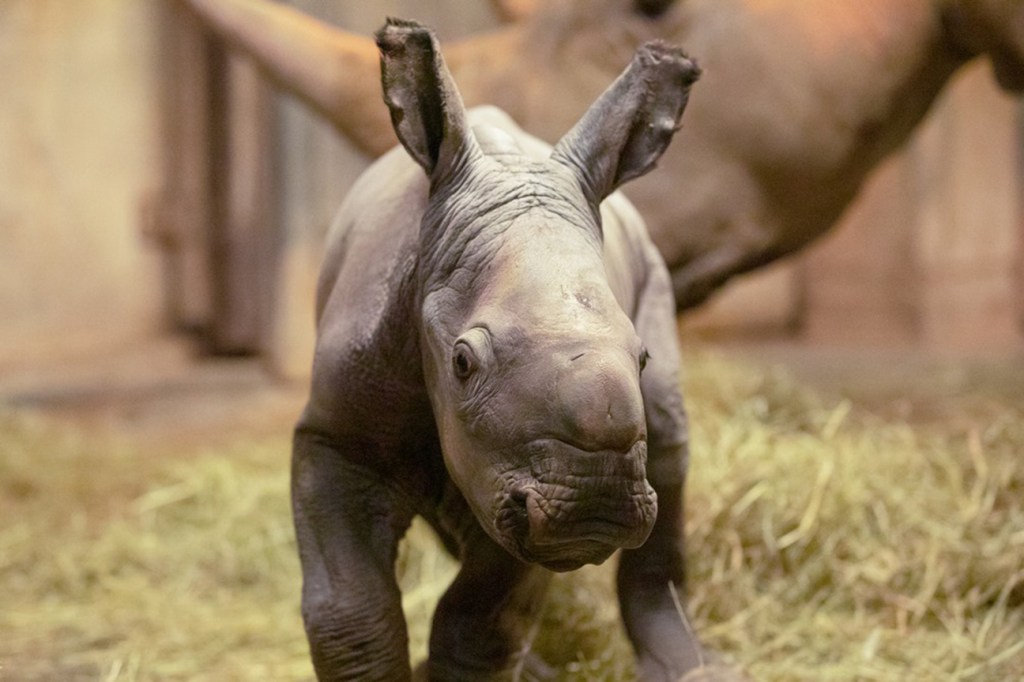 A zoo in North Carolina is asking the public to help name a baby rhino.

The North Carolina Zoo in Asheboro said in a statement Friday that the female rhino was born Feb. 24 to mom Linda and dad Stormy.

The baby weighed about 80 to 90 pounds at birth. The zoo reports she is the second southern white rhino calf born there since the beginning of the year.

The zoo is asking the public to visit an online poll and rank four suggested names.

Rubybelle (ru-bee-bell): It’s the name of a young female rhino rescued after her mother was poached in South Africa.

Etosha (ee-toe-sha): It’s for Etosha National Park in Namibia where the Zoo has an anti-poaching conservation program.

Jojo (joe-joe): It’s one of the keepers of rhino Sudan, the last male northern white rhino, at Ol Pejeta Conservancy in Kenya. Jojo and Sudan’s story was featured in the documentary movie “Kifaru” which showed at RiverRun International Film Festival in 2019.

Kendi (ken-dee): It’s a name of African origin that means loved one in Swahili.

Voting is open until 4 p.m. April 24. The poll can be accessed through the Zoo’s website at nczoo.org, through its social media pages like Facebook or at surveymonkey.com/r/nczoobabyrhino.

The winning name will be announced May 4.