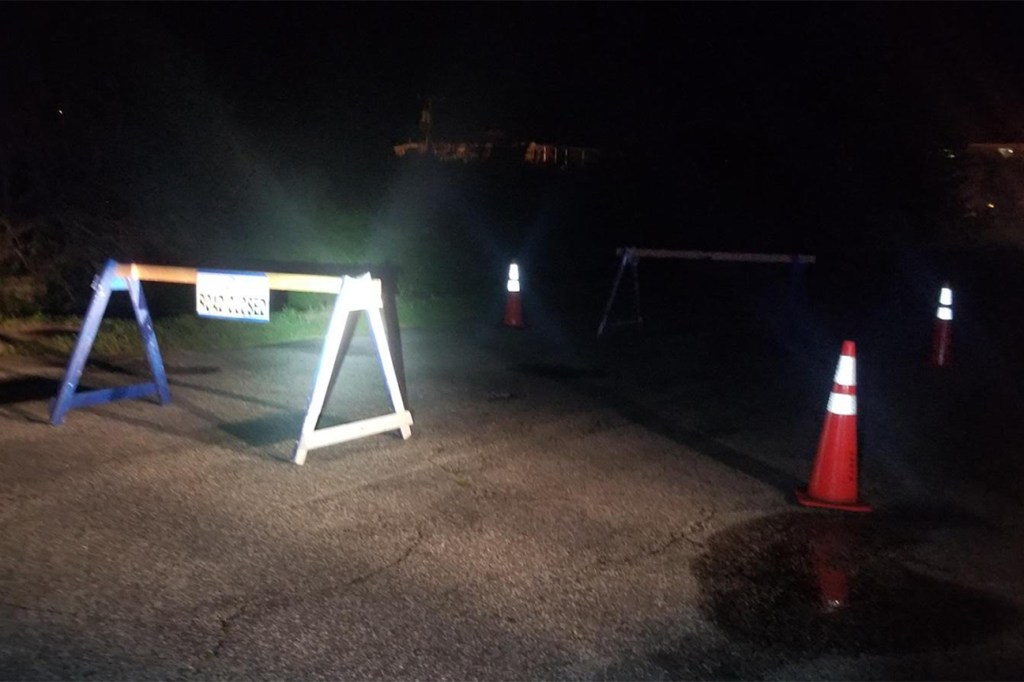 Barricades and cones have been placed on S. Memorial Blvd. as precaution for vehicular traffic. Courtesy KDHPD

Around 7 p.m. on Friday, May 1, the Kill Devil Hills Police Department received a call about a sinkhole in S. Memorial Blvd., just south of Goddard Ave.

According to the KDHPD press release, a storm drain pipe failure led to a small sinkhole to form in the middle of the roadway.

The Water and Public Works departments have been notified and the road will be closed until Monday so repairs can be made. Parts will most likely need to be ordered to replace the damaged pipe. 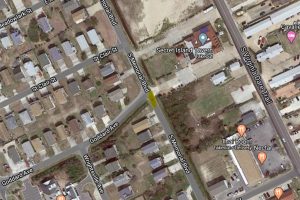 The map reflects the area that has been affected by the sink hole. The hole is located at the red dot on the map; the yellow highlight reflects where the road is closed. Courtesy KDHPD

Cones and barricades have been placed on S. Memorial to block the roadway to traffic.  The release stated that, “the ground under the roadway is likely much more eroded than the relatively small hole would lead to believe.”

Although the section of roadway that has been shut down is only about 20 feet, S. Memorial is still impassable at this point.

Cooper urges North Carolinians to stay vigilant, says state may move into Phase I next week