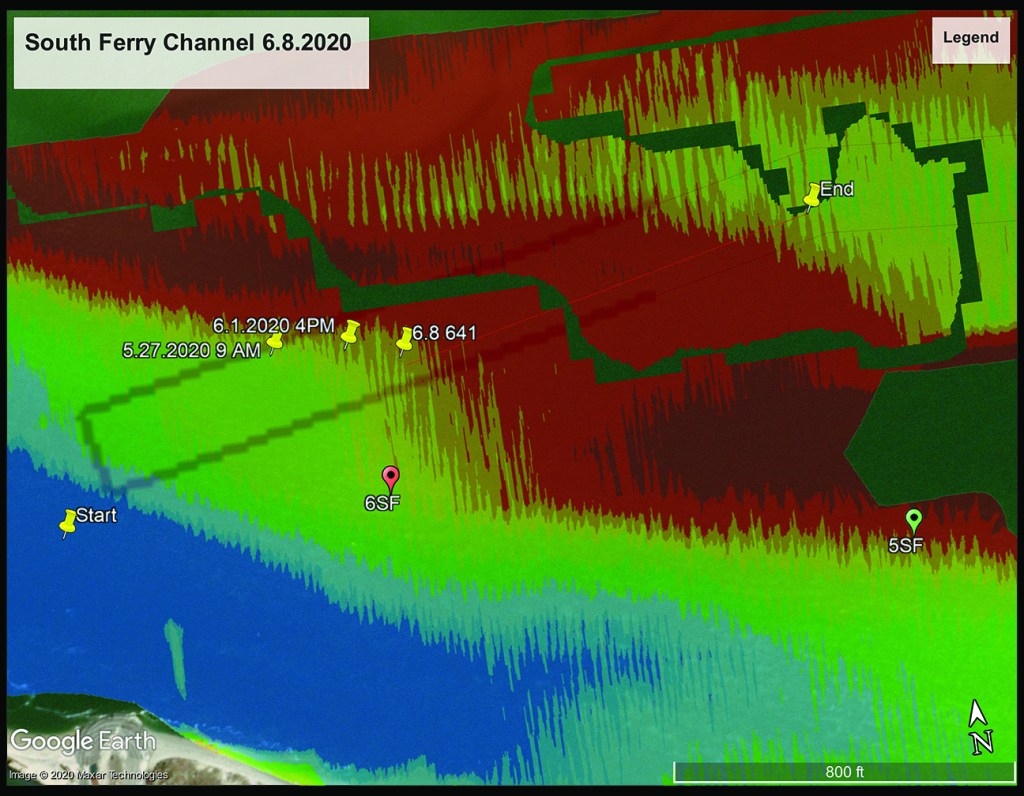 How bad in Hatteras Inlet?

On Monday evening June 8 at around 7 p.m., the Dare County Waterways Commission started its monthly meeting without the commission’s chairman.

Chairman Steve “Creature” Coulter was detained. He on his charter fishing boat outside Hatteras Inlet. He was waiting for the tide to turn so he could transit the inlet.

Capt. Tom Randall wrote The Coastland Times with this status report: “We’ve had to cut our trips short on days with a bad tide schedule just to make sure we can get in and I’ve canceled several charters because of this situation. One fellow captain stayed tied up for two weeks till he just couldn’t afford it anymore and another has put his boat up for sale. This has become a major disaster and will get somebody injured before it’s over.”

The NCDOT pipeline dredge the Manteo is working on the South Ferry Cross-Over channel. It’s been hampered by a tropical storm and bad weather, required crew furloughs due to NCDOT’s budget situation, maintenance issues and tide running so strong dredging cannot happen.

Grants and Waterways staffer Brent Johnson estimates that about 1,000 feet of dredging remains to get the channel to eight feet of water.

On July 1, 2020, the U.S. Army Corps of Engineers permit for the channel dredging expires.

On June 15, the state permit for dredging the channel expires.

On Tuesday, June 9, Dare County asked the state’s Department of Environmental Quality to extend its Hatteras Inlet dredging permit to July 1, to coincide with the Corps permit.

The United States Coast Guard told NCDOT to shut down its dredges by June 19 until the vessels were inspected. Shepherd announced that a waiver was obtained and the deadline is no longer viable.

Commissioner Danny Couch, a member of the commission, said he was “very encouraged” about the Avon Harbor project. The U.S. Army Corps of Engineers will provide a survey and dialogue is taking place about funding.

Under new business, Johnson announced that an opportunity to change the outdated authorized federal route in Hatteras Inlet is available. Currently, Dare County, NCDOT and the U.S. Army Corps of Engineers are all involved in seeking permits and funding for routes in Hatteras Inlet.

Dare County is requesting a change to create one authorization.

Johnson warned the process will take two to four years and Congressional approval.

Dredging at Hatteras Inlet has begun