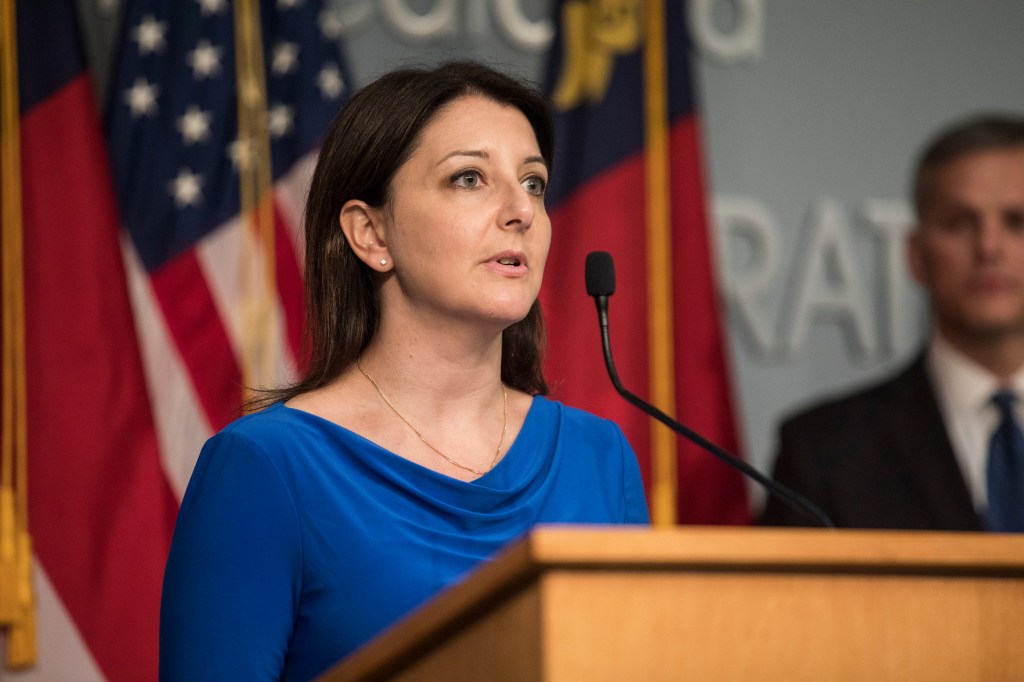 And yet, the state may only now be experiencing its first rough patch.

Part of the growth in cases comes from the increases in tests, which reached its second consecutive single-day high on Friday with 21,442 tests completed. But while more tests may yield more positive cases, the proportion of tests that have come back positive has also increased.

Another driving force behind the uptick is residents traveling throughout the state to newly reopened businesses without following the recommended public safety guidelines.

Giselle Corbie-Smith, director of UNC’s Center for Health Equity Research, warns “it would be dangerous to underestimate how much of this pandemic is still raging on.”

“This is concerning. There’s no question about it,” she said of the rise in cases. “I think all public health experts and modelers of this pandemic, we will expect to see a second wave of this that may be much worse than this first wave. Everyone is waiting with bated breath, hanging our hats on a vaccine.”

In Alamance County, Sheriff Terry Johnson this week refused to cite a small racetrack for large crowds when an executive order signed by Cooper limits mass outdoor gatherings to 25 people.

Ace Speedway in Altamahaw held events on May 23, May 30 and June 6 drawing anywhere from 2,500 to 4,000 attendees each day. Attendees had traveled from southern Virginia and various parts of North Carolina but largely didn’t wear masks or maintain 6 feet (1.8 meters) of physical separation from one another.

On Thursday, a judge told the track to stop holding races. Cohen had signed an order telling the track to close until operators complied with the mass gathering limit and social distancing rules.

While public health officials can’t directly tie the uptick to the racing events, Alamance County has seen a substantial rise in cases recently. Since the pandemic began in March, nearly two in five positive COVID-19 cases have occurred in the last 10 days — an increase from 413 to 681 since June 3, according to the county health department.

“This virus is highly contagious and dangerous, and violating public health orders put everyone at greater risk,” said a statement from the state health department.

Public health experts say the number of nursing homes and communities with higher density housing are also contributing to the rising number of cases in other parts of the state.

Cooper and Cohen have persistently sounded the alarm this week for people to take precautions, and the administration vowed on Friday to work toward testing in all nursing homes. While it is possible for the state to close down parts of the economy it has recently reopened, Cooper told reporters Friday he’s leaning toward opening more businesses rather than returning to a lockdown or stricter gathering limits.

“The priority is getting our children in school in August, and we want to do that,” Cooper said. “We also want to continue taking steps to ease restrictions to reignite the economy. But we’re not going to do that until our trends and indicators tell us that it’s time to do that.”