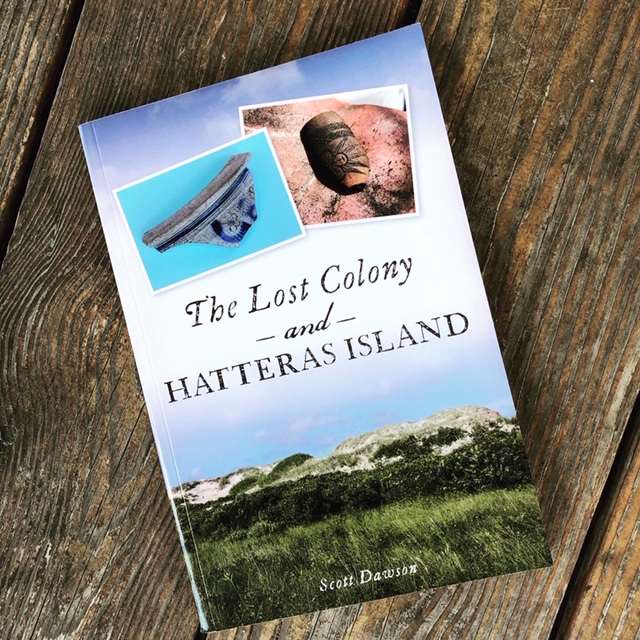 The legend of the Lost Colony has been captivating imaginations for nearly a century. When they left Roanoke Island, where did they go? What is the meaning of the mysterious word Croatoan?

In the sixteenth century, Croatoan was the name of an island to the south now known as Hatteras. Scholars have long considered the island as one of the colonists’ possible destinations, but only recently has anyone set out to prove it.

Archaeologists from the University of Bristol, working with local residents through the Croatoan Archaeological Society, have uncovered clues to the fate of the colony.

Hatteras native and amateur archaeologist Scott Dawson compiles what scholars know about the Lost Colony along with what has been found beneath the soil of Hatteras.

Dawson will be signing books at a “socially distanced” book signing at Downtown Books, located at 103 Sir Walter Raleigh Street in downtown Manteo, on Friday, June 19 from noon until 2 p.m.