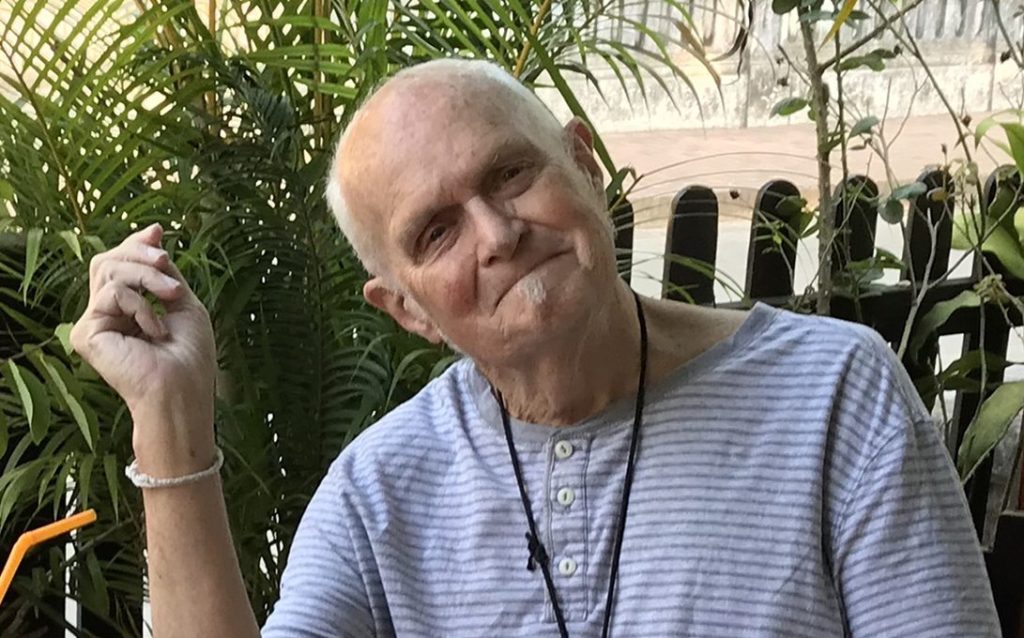 Daniel J. Deely, of Kitty Hawk, North Carolina, passed away on Monday, June 15th, 2020, surrounded by his family in Charlotte, NC, after a short and fierce battle with liver cancer. He is survived by his two older (as he loved to point out) brothers, John Deely, 79, and Fr. Thomas Deely, 80, his sister-in-law Mildred Deely, 66, and his niece and nephew, Jayne Deely, 34, and Joshua Deely, 37.

Dan was beloved for his sharp sometimes too honest wit and a gift of connection that makes the branches of his life reach far and wide, all the way from his hometown of Pittsburgh, PA, to his adopted home of Southeast Asia, in addition to his roots in New York City, Chicago, Atlanta, and ultimately the Outer Banks of NC. Born in Pittsburgh, PA, he spent most of his career in the mens’ modeling industry, starting out at Paul Wagner and later moving on to prominent positions at Wilhelmina in NYC and Arlene Wilson in Chicago and Atlanta. His wry sense of humor brought joy to all who crossed his path, his wisdom was well earned but lightly held. He was a guide, and offered a sense of home to many who had never had one.

Dan was a devoted friend of Bill W (35 plus years), a diehard fan of Alabama Crimson Tide football (Roll Tide!), avid traveler and life long lover of diner breakfasts and buttered corn muffins. He could most often be found on his phone or iPad, also known as his third arm, staying connected to those he loved. Sarcasm was his love language, but he also never hesitated to let the people he cared about know he loved them. He wore a veneer of Grumpy with an impish grin over a heart of gold. He was a deep friend to all he held close, a devoted brother, and a proud uncle, and he will be sorely missed.

In lieu of flowers, please consider a donation to The Trevor Project (www.thetrevorproject.org).