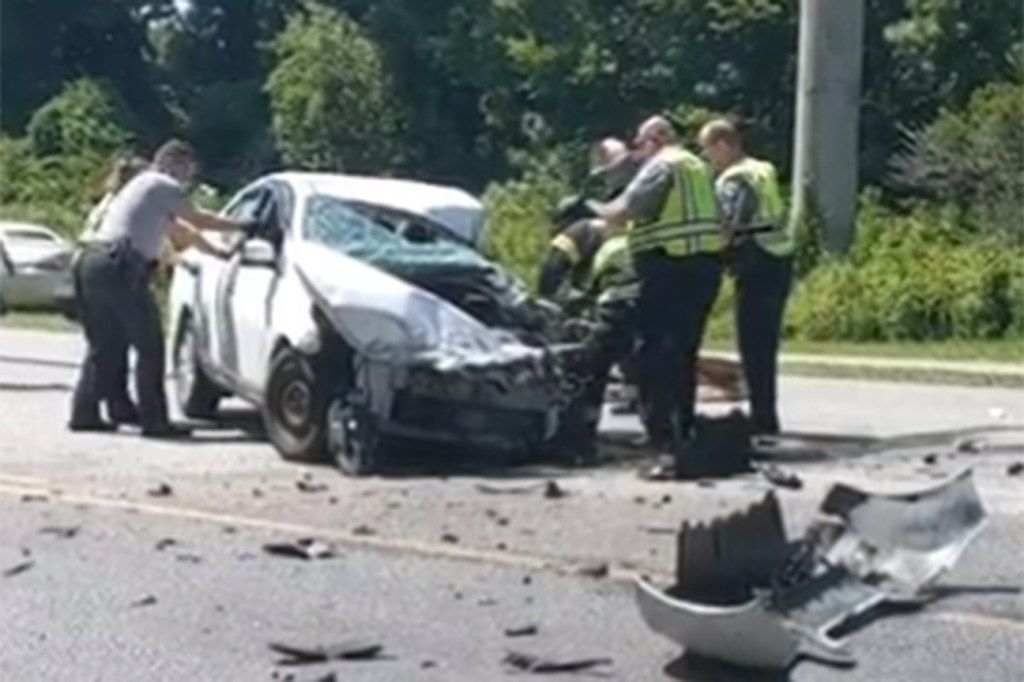 According to a press release from the Kitty Hawk Police Department, Lamb was traveling West on U.S. 158 and, for an unknown reason, crossed over two lanes of travel. He struck Cohen, who was traveling East on U.S. 158, in front of Birch Lane. Both vehicles were estimated to be traveling at the posted speed limit.

U.S. 158 was closed for almost an hour to all traffic, which caused significant traffic delays and congestion.

KHPD stated that the reason Lamb crossed over two lanes into oncoming traffic is “still unknown at this time.”

Lamb was flown to Norfolk General to be treated for serious, life-threatening injuries, but is reported to be in stable condition. The department has ruled out impairment as a factor to the cause of the accident. Cohen was treated for minor injuries at The Outer Banks Hospital in Nags Head.

Officer A. Nelson of KHPD is investigating the accident. No charges have been filed at this time. The Southern Shores Police Department, Kitty Hawk Fire and Rescue and Dare EMS were on scene to assist KHPD.

North Carolina schools will open to in-person and virtual…