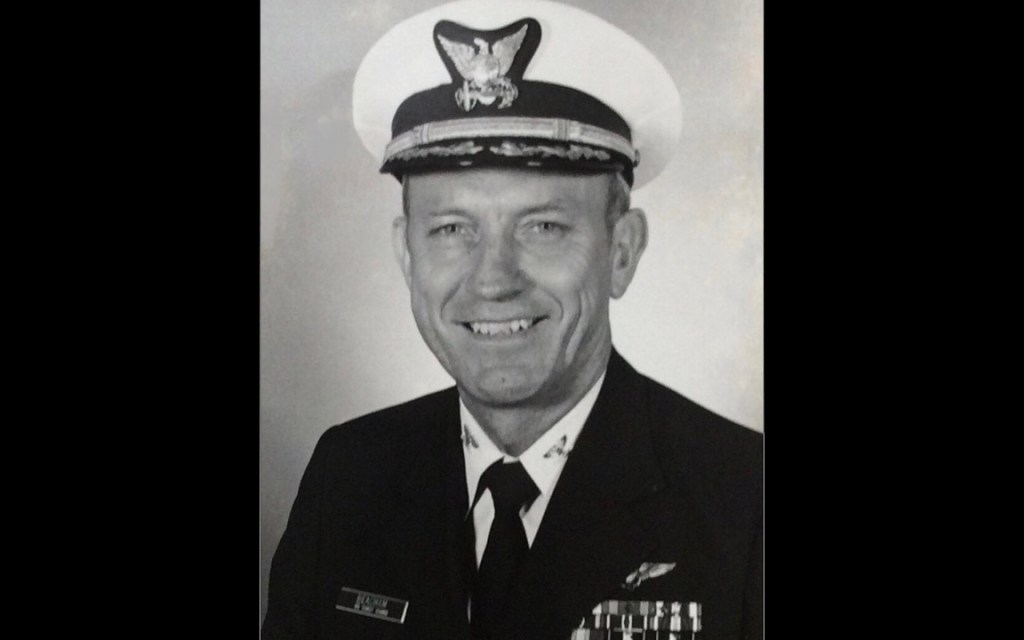 Capt. Beacham was born February 24, 1943, in Kitty Hawk, NC, to the late Ruth Alma Dough and John Leland Beacham Sr. He is survived by his wife of 55 years, Jean L. Beacham of Chapel Hill, NC; two daughters, Christy Beacham of Chapel Hill, NC, and Laura Marcotte of Lares, Puerto Rico; two grandchildren, Maija Haaksma of Asheville, NC; and William Soden of Chapel Hill, NC; a brother, Stanley R. Beacham of Manteo, NC; and many cousins, nieces, nephews and their families. In addition to his parents, he was preceded in death by five brothers: John L. Beacham, Jr.; Royce A. Beacham; Hope L. Beacham; Conley R. Beacham; Jimmie A. Beacham and his one sister, Joyce Parker Jackson.

After graduating from then North Carolina State College in Raleigh, NC, Capt. Beacham was sworn into the Coast Guard by his brother Hope, a Coast Guard recruiter at the time. After completing Officer Candidate School and flight training, he began a distinctive 27-year Coast Guard career, commanding twice: first at the Aviation Technical Training Center in Elizabeth City, NC, and later at the Elizabeth City Air Station, the assignment from which he retired in 1992.  Other duty stations were New Orleans Air Station, New Orleans, LA; Savannah Air Station, Savannah, GA; Sitka Air Station, Sitka, AK; and an Exchange tour with the Air Force in Okinawa, Japan, serving with the 33rd Air and Rescue Squadron. Capt. Beacham’s love of flying and devotion to duty were an integral part of his life, as were his family, friends, and all with whom he served in the Coast Guard.

With a diagnosis of Alzheimer’s in 2011, Capt. Beacham maintained a strong sense of self that manifested in a quiet, pleasant, and cooperative presence, often rewarding those around him with his characteristic quick smile.  Because he benefited from and enjoyed many days of elder care activities at Charles House Elder Care Center in Chapel Hill, NC, the family requests that anyone wishing to honor his memory please consider Charles House, 7511 Sunrise Road, Chapel Hill, NC 27514. Website for Charles House is https://charleshouse.org with donation option. Online memorial condolences may be offered through legacy.com.

Due to present safety restrictions, a private service will be held at a later time with interment in Raleigh Memorial Park, 7501 Glenwood Avenue, Raleigh, NC 27612.