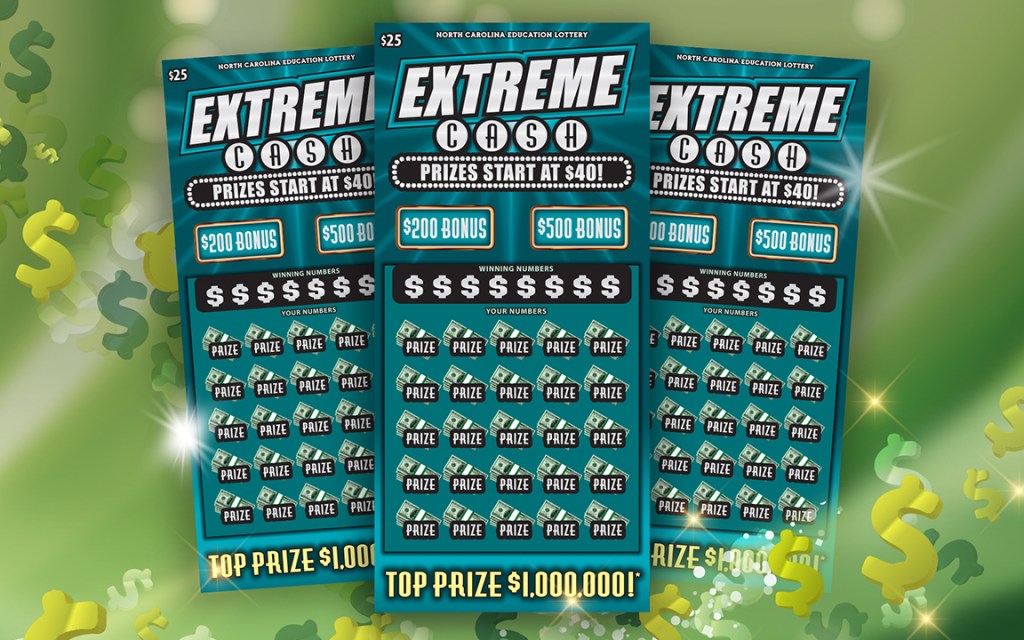 David Coleson of Elizabeth City made a stop for lunch and left with a $100,000 Extreme Cash win, according to a press release from North Carolina Education Lottery.

Coleson, who works as a roofer, said he is a fan of Extreme Cash scratch-offs. “I’ve liked them since they came out,” he said. “Just because when you win, you’re guaranteed to win more than what you paid for the ticket.”

Coleson had stopped at the Eagle Mart on Weeksville Road in Elizabeth City while on his lunch break and purchased something to eat along with a single $25 Extreme Cash ticket.

“I went out in the parking lot and scratched it while I was in the work truck,” said Coleson. “I saw that I won that amount and I nearly fell out of the truck.”

He then texted his wife to share the good news with her.

“She was at work. She’s a teacher,” said Coleson. “So, I took a picture of the ticket and I sent it to her. And she messaged me back and she was like, ‘Where’d you get a joke ticket from?’ And I said, ‘It’s not a joke!’”

He and his wife plan to use the prize money to pay off their bills. The press release stated the couple bought a brand-new Chevy Equinox just last week after theirs was totaled in an accident. “We’re paying the new car off!” added Coleson.

“Ticket sales from scratch-off games make it possible for the lottery to raise more than $725 million a year for education,” stated the release from NC Education Lottery. “For details on how $2.3 million made a difference in Pasquotank County in 2019, click on the ‘Impact’ section of the lottery’s website.”

UPDATED: Man dies at hospital after being pulled from…