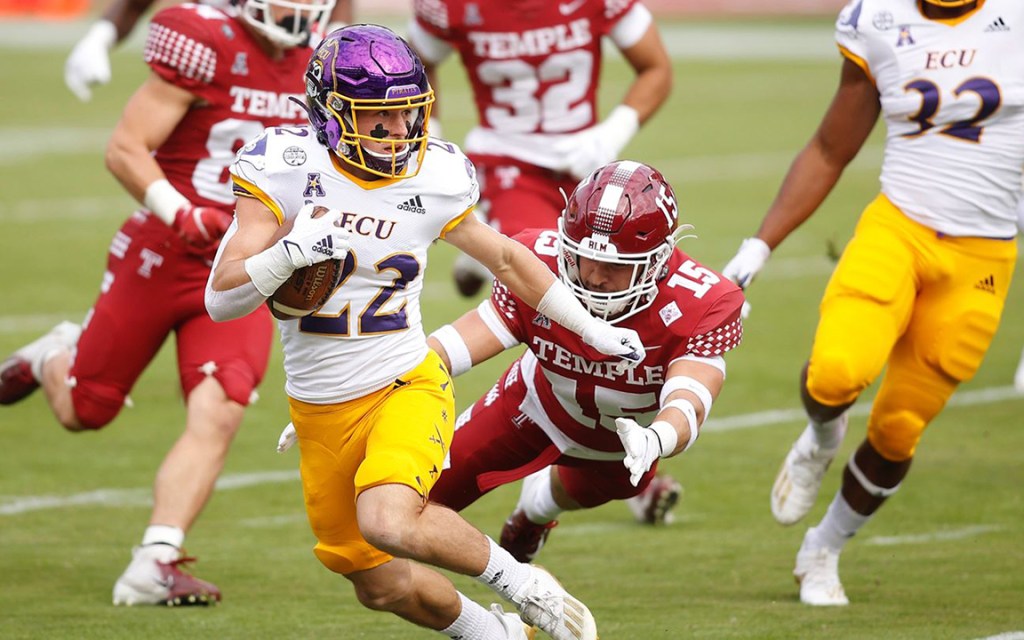 Tyler Snead scored two touchdowns, including a 95-yard kickoff return, and East Carolina beat Temple 28-3 on Saturday in a game delayed nearly an hour because of COVID-19 concerns.

The game started roughly 50 minutes late after a Temple player was taken back to campus for a rapid COVID-19 test shortly before kickoff. As a result of the situation, five Temple defensive players, including three starters, were ruled out for game because of protocols.

Snead’s kickoff return gave the Pirates (2-6, 2-5) a 10-point lead and his 46-yard touchdown catch in the final minute of the half made it 21-3. Holton Ahlers set up his own 1-yard score with a 75-yard run. He also threw for two TDs and was intercepted once. Keaton Mitchell rushed for 103 yards.

Hornets select LaMelo Ball with No. 3 pick in…