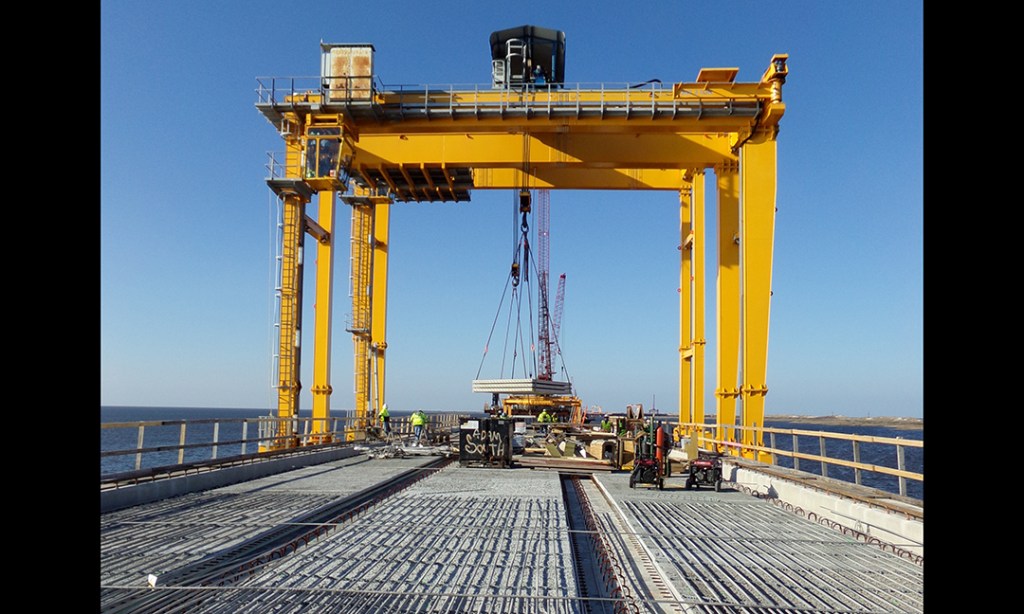 NCDOT is aiming to finish the Rodanthe bridge in late December 2021 or early 2022.

The bridge, placed to avoid the S-curves north of Rodanthe, is under construction from two locations – the north and south ends.

From the beginning of the project, pile driving at the north end of the project has presented a challenge. Hernandez reported that a new process is speeding up piling installation. When a pile is about one-third of the way in, a large auger drills into the soil inside the concrete pile.

Some 43 more deck pours are slated. Hernandez said to expect early morning deck pours to start up in mid-April to early May.

At the south end of the bridge, Cape Hatteras Electric Cooperative has installed conduit underground. This conduit connects the bridge to a riser to be constructed at NC 12. All conduit on the bridge and underground must be installed before cable is run. 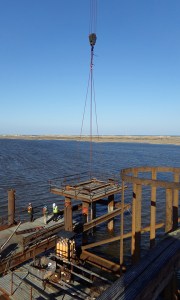 At the north end of the bridge, earthwork followed by paving is underway without lane closures. In response to question, Hernandez said road work at the south end may be done by late spring. If not, roadwork would probably slide to the fall. No daytime lane closures are permitted between June 15 and Sept. 15.

What are the odds that the two ends will meet? “Very high,” said Hernandez, who added that engineers and surveyors constantly worry about that.

A turnaround will be installed at the end of the NC 12 remnant in Mirlo Beach. Meeting presider Diane Wilson said early in the meeting, that NCDOT was looking at the parking situation at that end.

About ocean overwash in Mirlo Beach, Hernandez said existing sand bags will remain in place and that an east-west dune and sandbags will be constructed at the termination of NC 12. “The department will do its best to maintain a safe, drivable surface,” said Hernandez.

At Corbina Drive, the bridge is 1,400 feet from the shoreline. At the bridge straightaway, the distance on average is 1,200 feet.

The height of the bridge from the water is 17.3 feet. “This bridge will not have a high rise or humpback,” said Hernandez.

The bridge has two, eight-foot shoulders, like the Marc Basnight Bridge, but no dedicated bike lane. It has no fishing access.

The next update meeting will be June 3 at 6 a.m.