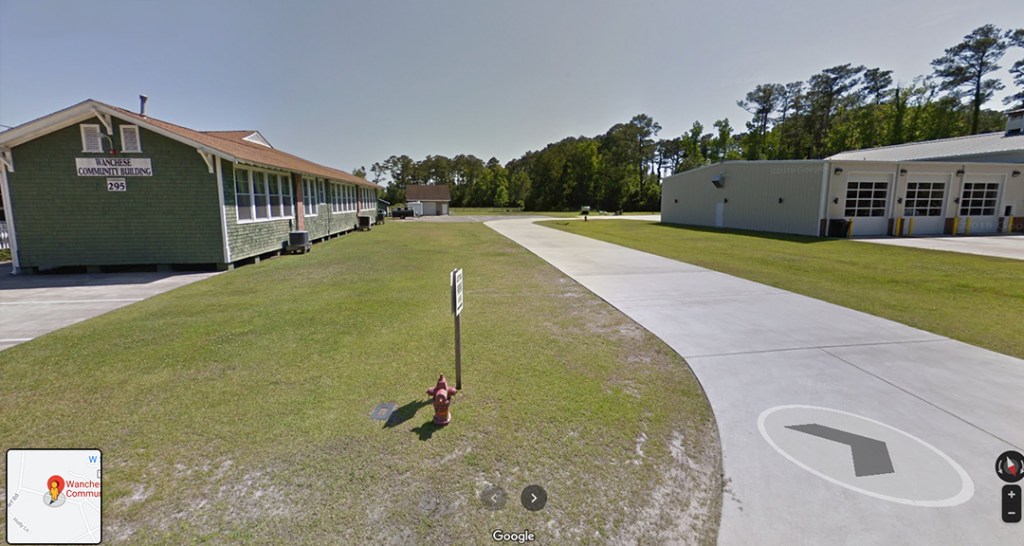 Roanoke Island firefighters were called to extinguished a fire Sunday afternoon in an area behind the Roanoke Island Volunteer Fire Department Wanchese Station, right, and Wanchese Community Building. The cause of the fire is under investigation. Google Maps image

Roanoke Island firefighters responded to a report of vehicles and grass on fire behind a building at 295 Old School House Road in Wanchese on Sunday.

On arrival, firefighters found some combustible material in and around several vehicles on fire. The vehicles and bales of hay, all scheduled for removal, had been used in a live fire training exercise earlier this month.

There were no reports of injuries and, according to Fire Chief Bill Walker, the cause of the fire was not immediately known. The incident is under investigation to determine what started the fire by Dare County Fire Marshal Steven Kovacs and Dare County Sheriff’s Office deputies.

Nags Head residents to save on flood insurance in 2022; commissioners iron out recycling and trash pick-up schedules