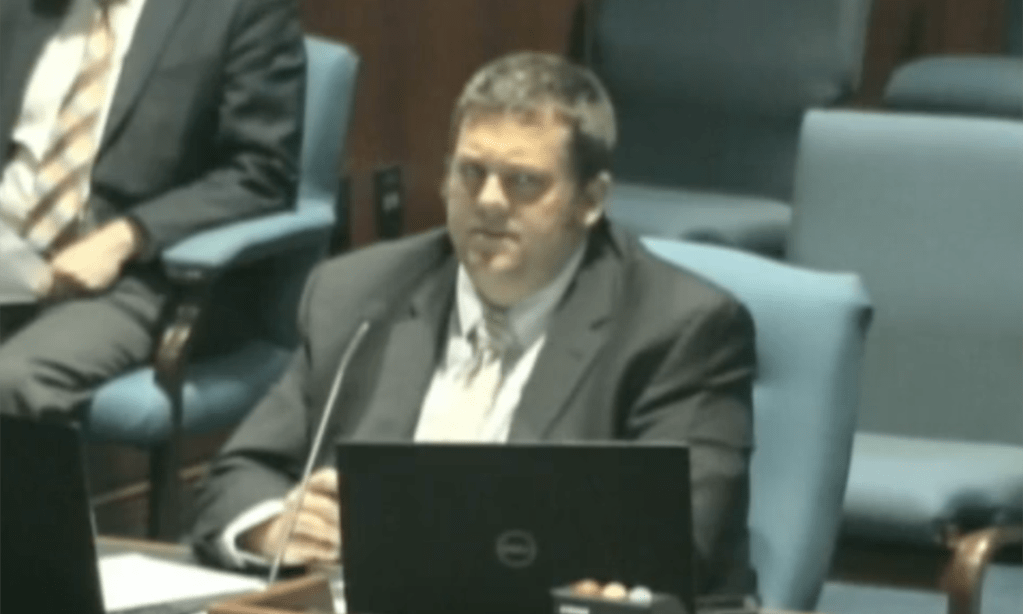 County manager Ben Stikeleather explains the ramifications of House Bill 401/Senate Bill 349, if passed, to the Currituck Board of Commissioners. Currituck meeting screenshot

The Currituck Board of Commissioners met for their second monthly meeting to discuss General Assembly House and Senate bills, approve developer Sam Miller to the Board of Adjustment after some deliberation, and to approve a use permit for NC Beach Buggy LLC in Powells Point.

The meeting began with good news – commissioner Bob White shared results of the Tourism Advancement Board study stating that 4.5 out of 5 respondents said the Currituck County beaches met or exceeded their expectation of the area. County concerns about overcrowding or width of the beaches were not shared by visitors.

Commissioner Kevin McCord updated the board on the continued downward trend of COVID statistics in the county, as well as applauded local firemen for their success in saving two elderly people from the Tulls Creek Road house fire last week.

County manager Ben Stikeleather then notified the board of two bills in the North Carolina General Assembly. The first, House Bill 401/Senate Bill 349, called the Increase Housing Opportunities Act, would, if passed, require local government to allow duplexes, triplexes and quadplexes in areas that are currently zoned single-family, as well as require local governments to allow one accessory dwelling unit (ADU) per lot. “It’s a reduction of authority at the local level,” Stikeleather said of the bill.

The next bill discussed was Senate Bill 717, called the Taxpayer Bill of Rights and, according to Stikeleather, “puts a constitutional amendment on the ballot that would require that any time state or local government wanted to increase taxes, a majority of the people who voted at that general or primary election would have to approve that increase.” The county would be responsible to make state-mandated changes, even if those changes cost the county a significant amount of money, potentially reducing the county’s ability to fund things like EMS, fire and sheriff’s office. “It potentially entirely guts local government,” Stikeleather said.

The board plans to approve a resolution the next meeting to send to the state rejecting the bills.

Next, the board approved an application for a use permit for NC Beach Buggy LLC to become a licensed automobile dealership. The company will sell and rent low-speed electric vehicles. The property is located in Powells Point at 8295 Caratoke Highway and Freedom Avenue.

Finally, the board discussed the appointment of Sam Miller to the Board of Adjustment. Miller’s appointment comes after the resignation of Thom Roddy. The appointment was presented by commissioner Owen Etheridge.

Commissioner Kitty Etheridge expressed concern because of the potential bias Miller may have as a developer. “When the public sees that we’re appointing developers to the Board of Adjustment . . .” she trailed off. “Just the bias, the way it looks, that’s my concern about it.”

Commissioner Selina Jarvis expressed similar concerns. “I had some qualms about it . . . ultimately I landed on giving Mr. Miller an opportunity. It is a quasi-judicial board and he has a great deal of knowledge. His analytic skills and vast knowledge will be welcomed on this type of . . .board,” Jarvis said.

Etheridge defended his appointment: “I’ve been looking for four months to find an applicant. I’ve prided myself over my entire career as a commissioner in finding quality people who have integrity and do not have a bias one way or another; who know how to ask pertinent questions, hear the evidence and weight it and make a decision just like we do.”

The board approved Sam Miller to the board, with Kitty Etheridge being the only dissenting vote.