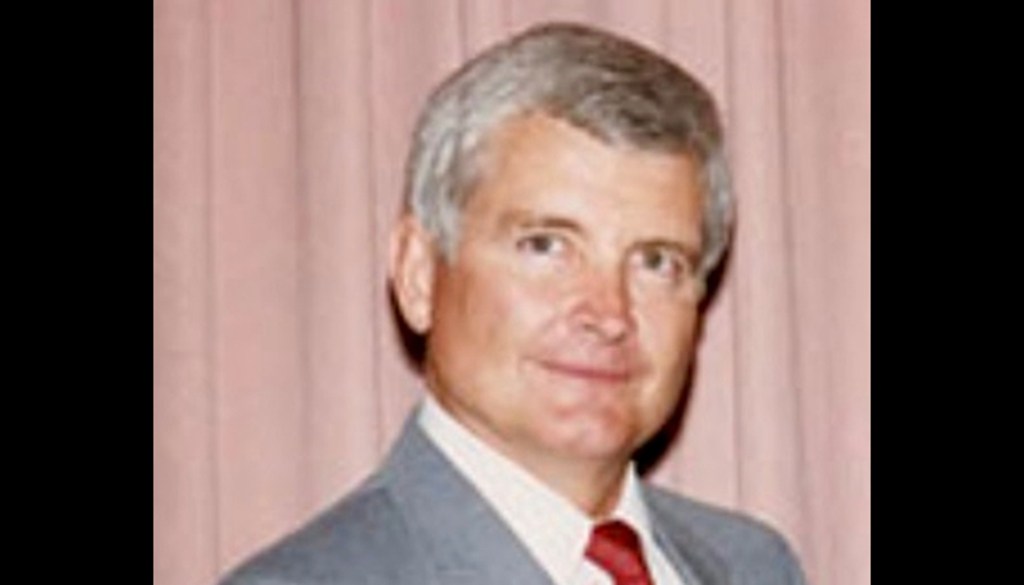 Kill Devil Hills – Jerry Leroy Bellmer, 86, formerly of Herndon, Virginia passed away Monday, May 17, 2021. He was born in Des Moines, Iowa on July 4, 1934. He was a graduate of Roosevelt High School, and attended University of Iowa, where he was a member of Phi Gamma Delta Fraternity. Jerry was also a member of the Sport Car Club of America and a lifetime member of the National Rifle Association (NRA).

He received his wings from the United States Air Force and served in the Air National Guard in Des Moines Iowa where he flew the F80, F84E, F84G and F89 aircraft. He became a commercial airline pilot for Eastern Air Lines relocating his family to Parsippany, NJ for four years and then moved his family to Herndon, VA where he flew out of what is now Regan International Airport. Jerry was a member of the Air Line Pilots Association (ALPA) as well as a member of the F-86 Fighter Pilot Saber Group. In 1984 he received the Superior Airmanship Award from the Airline Pilots Association and received the Award for Distinguished Service from the Department of Transportation and Federal Aviation for his ability to execute a safe landing of a crippled DC-9 plane that went into reverse thrust after take off. He was a Captain with Eastern Airlines until the last days of the airline’s inception.

Jerry enjoyed vacationing and fishing in the Outer Banks. Spending time shooting at the Outer Banks Gun Range was also a favorite past time. After living in Herndon, VA for 46 years, he moved to Spring Arbor in Kill Devil Hills, NC. Jerry was a patriot and respected our flag and what it stands for. He loved his time in the air. If it had wheels, he was on it. Those who knew him always liked his sense of humor. Jerry will be deeply missed as a father, grandfather and friend.

Jerry is preceded in death by his parents Don and Gladys Bellmer; his sister Donna Wright; his wife of 58 years, Nancy Agnes Bellmer; and grandson Jacob Bellmer. He is survived by his children: daughter, Cathie Morrison and her husband T-Mike of Nags Head, NC; son, Jim Bellmer and his wife Lisa of Sterling, VA; and son Jeff Bellmer of Ashburn, VA. Jerry is also survived by four grandchildren and five great-grandchildren.

A Celebration of Life will be held at a later date. The family would like to express our sincere thanks for the wonderful help and care given by Hospice of Dare County and the entire staff at Spring Arbor; they were truly his second family. If desired, friends may make a memorial contribution to Hospice of Dare County, 109 Exeter St., Manteo, NC 27954 or Tunnel to Towers Foundation at t2t.org. Condolences may be sent to the family at www.gallopfuneralservices.com. Gallop Funeral Services was entrusted with arrangements.