Currituck commissioners passed resolutions honoring Deputy Caleb Edwards and Firefighter Keith Storf for their lifesaving efforts in a Moyock house fire on April 11. Both men entered a house engulfed in flames and extracted one injured person each and rendered care until EMS arrived. The resolutions proclaimed that Edwards’ and Storf’s “immediate and selfless lifesaving actions to another is a credit to him and to the Currituck County Sheriff’s office for which the citizens of Currituck County are grateful.”

Storf gave an account of the events of April 11 and then commended neighbor, Mr. Johnson, for his help in the rescue. The woman who was saved from the fire, Margaret Finnerty, was present at the meeting and extended a hug and a heartfelt thank you. The man who was saved was receiving hospice care at the time of the rescue and died several weeks later.

The Sheriff’s Office also presented North Carolina Advanced Certificates to Deputy William Daniel Davis and Deputy Joseph David Rein. “In most cases it requires hundreds of hours of training and some over a thousand hours of training,” said Sheriff Matt Beickert of the certifications. “We’re very proud of them and we want to honor them because it is very significant – we want to show our commissioners and our community that we are seeking the highest levels of training and education for our deputies.”

County manager Ben Stikeleather gave his report on the successful openings of the Maritime Museum at Historic Corolla Park and Shingle Landing Park in Moyock, and the general status of tourism in the county: “It’s the heart of tourist season right now and everything is really busy. All the reports that we get say that it’ll be one of the best seasons we’ve had in Currituck County. With that comes some challenges as far as traffic and other things. We’ve been really blessed we’ve had some really good guests to Currituck County this year.”

In his report, county attorney Ike McRee updated commissioners on several items of interest. First, the granting of the county’s motion for the partial dismissal of the Corolla Civic Association lawsuit against the county regarding the expenditure of occupancy tax revenue. According to McRee, the motion asked the court to dismiss the Board of Commissioners as a named party to the lawsuit, to dismiss former county manager Dan Scanlon in his official capacity from the lawsuit as a party and also to dismiss the eighth claim in their lawsuit, which is a claim that the county is violating the North Carolina Constitution by expending tax revenue for a matter not allowed by law. The judge granted all three requests. The next steps in the lawsuit will be mediation late this summer or early fall followed by a hearing the end of November.

Second, the Tulls Creek Road school site property is set to close in August after the conclusion of the due diligence period.

Two public hearings were scheduled for the meeting. The first proposed a text amendment to provide language and establish a process for HOAs to allocate a parking and storage area for major recreational equipment like RVs, boats and trailers, and motorhomes.

Though the amendment was submitted by Ansley Miller of the Carolina Club Homeowners Association, any changes the board approved would be effective countywide.

“The Carolina Club is looking to provide an amenity to their development and unfortunately the way the regulations are currently written it would not allow that, which is the reason for the text amendment,” said assistant planning director Donna Voliva.

The amendment was approved with the following standards required for the shared parking: The accessory use shall be located in an existing residential major subdivision approved and recorded prior to January 1, 2013. The property used for shared parking of major recreational equipment shall be owned by the homeowners association or property owners association and shall be located within the subdivision for which the association has control; and not be located in required open space. The shared parking area shall be screened with a Type D buffer along all property lines in accordance with Section 5.2.7., Screening. Equipment parked or stored shall not be connected to electricity, water, gas or sewer facilities. At no time shall the equipment be used for housekeeping purposes. All equipment stored in the facility shall be owned by property owners or renters in the subdivision for which the parking area is provided. All equipment shall be kept in good repair and carry the current year’s license and/or registration. Vehicular use area shall comply with Section 5.1.4., Configuration of Vehicular Use Area. Parking spaces shall be a minimum of 12’x40’ with adequate drive aisles. No parking or storage shall occur in the drive aisles.

The second public hearing involving family subdivision regulations was discussed by commissioners at length, though they decided to table the issue until the August 2 meeting.

The text amendment would require family subdivisions be at least 12 acres and be split into lots at least three acres, with no limit to the number of lots created, and would remove the requirement for a connection to an existing NCDOT maintained street or a street that meets NCDOT standards. According to the Planning Board report, the current UDO language will not allow extension of a private access street serving more than five lots. This text amendment leaves the potential for an unlimited number of lots dependent on access from a private access street.

Commissioners and the county attorney discussed potential problems with road access in the event of a lot division.

“This is a tough decision . . . It could put neighbors at odds in many ways – not just the use of the road,” said commissioner Selina Jarvis. “I don’t know how you solve all the issues that this text amendment has surfaced but it needs work.”

All commissioners except Owen Etheridge approved the motion to table the discussion.

Commissioners moved through items of new business quickly, approving technical corrections and language amendments for the Historic Preservation Commission related to the state’s mandatory 160D updates, and then approving a resolution to receive the American Rescue Plan Act funds in the amount of $5.38 million. The county must abide by federal guidelines for use of the funds. Stikeleather said the county will most likely use the funds for infrastructure investment such as water, sewer or broadband. 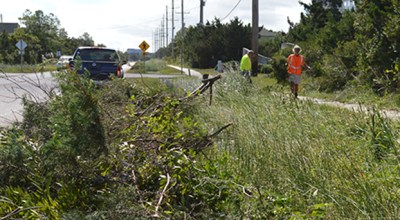 Community pitches in to clear brush 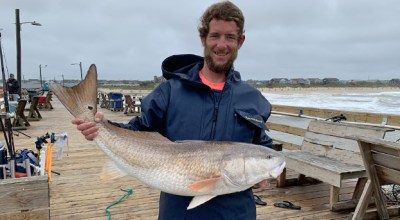 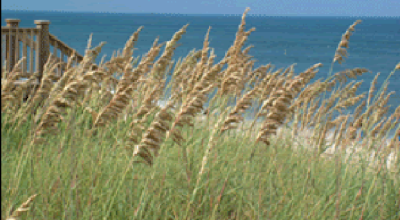 Reflections by the Sea: Listening