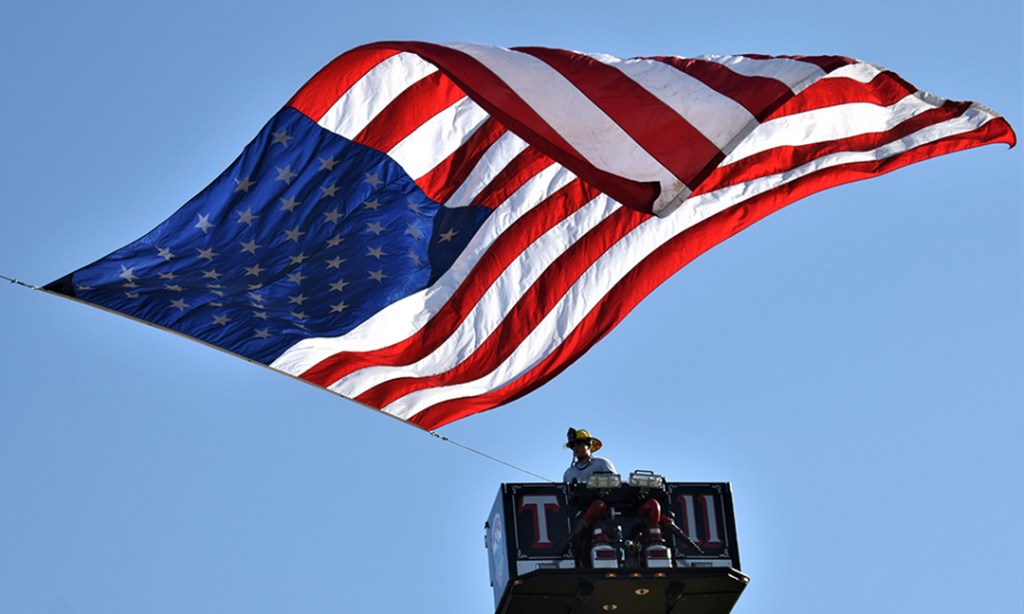 Two thousand, nine hundred and seventy-seven people died on September 11th, 2001, and thousands more would follow in the 20 years since that day. As we continue to watch the horrific events unfolding in Afghanistan, the 20 year anniversary seems harder than all the ones before it. What was already an emotional day for many Americans is made all the harder as we see more lives being lost. As an Army Veteran of Afghanistan and the Commander of our American Legion Post, I struggled to find the words for this piece . . . and I’m still not sure that I did an adequate job. If you’re struggling through this, please know that you aren’t alone.

It becomes easy for many, myself included, to feel angry, hurt, embarrassed, enraged, heartbroken and a whole myriad of other negative emotions. After all, we’ve been fighting a war in Afghanistan and Iraq for the last 20 years, and in mere months the Taliban has reclaimed that entire nation. Thousands of our fellow Americans and allies have died to gain ground that was retaken so quickly; we’ve even left Americans and allies behind to suffer at the hands of these terrorists.

While we as Americans may be outraged at the way this war is ending, I hope we take a moment to focus on some of the ways our nation, and the world at large, has learned and grown from this experience.

In the 20 years since then, we have made an impact in Iraq and Afghanistan. People who relied on the opium trade for their livelihoods were able to learn new skills with the help of NATO workforce development programs to help them learn trades to sustain their families. Thousands of small towns received clean water so they can eat, drink and bathe without fear of infections. Women who had never been seen by a medical professional were able to be treated by doctors. Clinics and hospitals around the nation were outfitted with resources to bring children into the world and to help keep them healthy. In a nation with one of the youngest populations in the world, schools were built and learning materials were supplied to educate children who previously only knew opium farming. Thousands of small children who would have previously died from lack of nutrition and clean water were given an opportunity at life. Young girls living in a country where they were once viewed as no more than child brides had guards taking them to and from school enabling them to get an education. People who had never experienced freedom were given the opportunity to see the difference it can make in your day to day life.

In our own country, we had kids from small towns all across America answer their nation’s call. Our freedom meant each had the opportunity to answer in a different way. Some became the very firefighters who run into homes to save the lives of those inside, or cut our loved ones out of vehicles mangled from a crash. Some joined the officers who patrol our communities to keep us safe from those who wish to do us harm. Some chose to become paramedics that show up when we are at our weakest, bringing hope and comfort with the care they deliver. Some chose to join our nation’s military knowing that they were likely to end up in the warzone. Some became doctors and nurses who have helped us heal and recover from this pandemic over the last 19 months. Some chose other career paths, but doesn’t make that career any less important. Each time we wake up and go to work we make our community – and our nation – stronger. We continue to exercise the precious freedom that men and women have given their lives to protect.

While our time in the Middle East is drawing to a close, may we remember that there are still Americans and our allies, who helped to protect and defend us, trapped there. May we continue to strive for their safe recovery, by any means necessary. Future allies must know that we can be trusted to keep our word. The lasting impact of this time in our history will not soon be forgotten.

We have thousands of our brothers and sisters who will struggle with the effects of this war for years to come. Please remember that funding our First Responders and our Veterans Administration will be paramount in the healing of our nation as we continue through this recovery. First Responders and Veterans are being diagnosed with unique illnesses and cancers from their unique exposures, including hundreds who have passed away from their exposures on September 11th. Just a few weeks ago my own boyfriend had an x-ray that discovered shrapnel in his neck from injuries he sustained in combat years ago. We have a firefighter here on the Outer Banks battling cancer. They aren’t the only ones who will face these unique challenges as they stand to protect us; we must also stand to protect them.

We still have a chance to honor the memory of those who gave their lives each day. When we see a police officer, a firefighter, a paramedic, a nurse, a doctor, a Veteran, or anyone else who is trying to do good, I hope we stop and remind them that their work hasn’t gone unnoticed. Their efforts have made a difference, even it if it’s hard for them to see right now.

Maybe the education we provided the children has planted a seed of freedom that future generations will nourish to forever change the trajectory of those nations . . . maybe it won’t. But we did stand up and show the world what everyday Americans are willing to do if you attack us, our freedom, and our way of life, and our own children are safer for it.

That attack on the American way of life resulted in thousands of everyday, average joes, stepping up to do extraordinary things. It wasn’t politicians who stepped up to carry the torch of the First Responders who gave their lives to save innocent people that day, it was our neighbors. It was our sons, daughters, mothers and fathers who answered the call to defend freedom and our nation when the wolves were at the door.

We can’t allow the negative headlines of today to overshadow the sacrifices of yesterday. Sacrifices of people like William Rodriguez, the maintenance man for the World Trade Center (WTC), who went into the building and unlocked doors so that people could escape and First Responders could help those in need before the collapse took his life. NY Fire Dept Ladder 118, whose entire team perished after they helped save hundreds of lives. Benjamin Clark, a Chef and prior Marine, who lost his life after helping to evacuate people and even stopped to assist a woman in a wheelchair. Welles Crowther, an Equity Trader who was a firefighter as a teenager, died in the collapse of the WTC after carrying a woman on his back while he directed a group of survivors out, before returning to the building to help more. Tom Burnett, Mark Bingham, Jeremy Glick, and Todd Beamer, the passengers who led the rush to take down United 93 before the plane could be used to target another building to kill more innocent people. Betty Ong and Amy Sweeney, flight attendants on American Airlines Flight 11, who found a way to ensure that the identities of three of the hijackers were known by their seat locations before they perished as the plane hit the North Tower. The information they provided was key in uncovering who orchestrated the attacks that day.

September 11th is the National Day of Service and Remembrance. Today, I hope we remember how blessed we are to live in a country where our neighbors volunteer to become defenders, protectors, and healers. I hope we remember those who gave their lives because others were jealous of their opportunity to live in freedom. A freedom that we will always defend from any who seek to take it away.

The Dare County Library has on display an exhibit featuring photographs from the National September 11 Memorial & Museum. It will be on display at the Kill Devil Hills branch through September 17 and at the Manteo branch from September 21 through October 1.

Gig Line: I wonder what he would say

Letter to the Editor: Reminder of additional local connection to queens