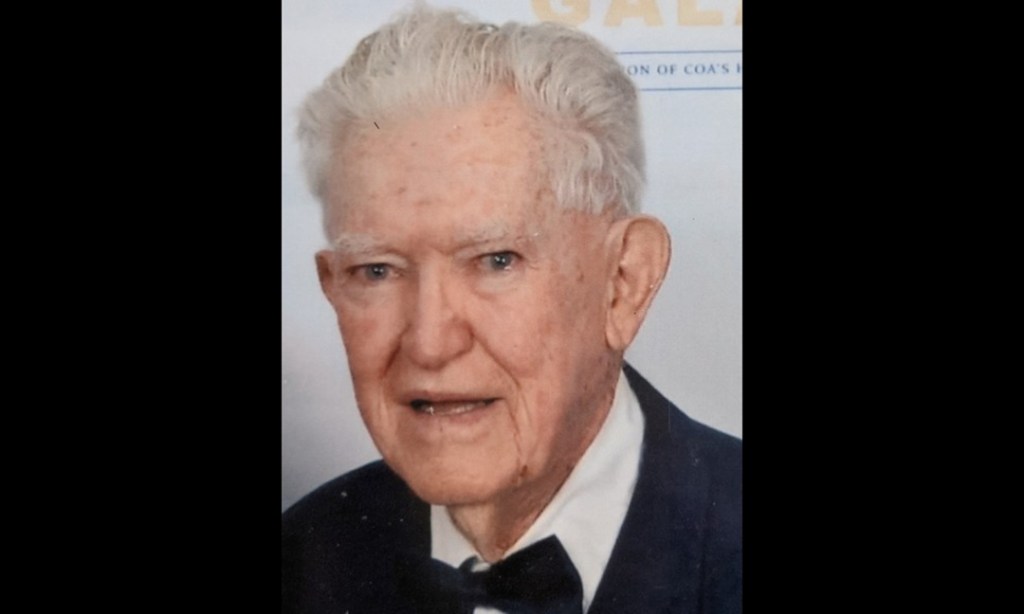 Warren B. Davis, stubborn enough to reach 100, finally ran out of kidney power and died at home on October 2, 2021. He is predeceased by the love of his life, his wife of 47 years, Mary Jane Davis, and is survived by his four children, Janet Partin, Connie Davis Young, Beth Eddy, and Jim Davis, nine grandchildren, and 12 great grandchildren. He was born in Muskogee, Oklahoma on December 16, 1920 and was very proud of telling people his birth year while he was 100.

In 1942, Warren joined the Mighty 8th Air Force, and eventually the 861st squadron, 493rd Bomb Group and served for two years in England as the captain of a ground crew of 100 men who fixed the mangled B-17 bombers. He and his Yankee mechanics were so good at repairing the damaged planes that he won a Bronze Star for meritorious service.

After he returned from the war, he went back to work for Gulf Oil for almost 43 years, where his renowned expertise in the field of oil economics prompted Harvard to request that he rewrite the petroleum industry case studies for the School of Business in 1975. Warren retired in 1983 as the chief economist of the world’s 15th largest corporation. He and Jane moved to the Outer Banks, where they both became staunch volunteers in the community. Jane died in 1989, but Warren continued the tradition of service by starting high school track meets, umpiring junior baseball games, balancing the books for the volunteer fire department, acting as director and treasurer of the Outer Banks Forum, serving on the board for the Southern Shores Civic Association, tutoring for Dare Literacy Association, serving on the board of Outer Banks Hotline, serving in many capacities for the Outer Banks Presbyterian Church, and donating an astounding 10,000 volunteer hours to the U.S. Fish and Wildlife Service. The patriarch of his family, he lived to serve others and he will be missed!

Because his life is truly worth celebrating, everyone is invited to his Celebration of Life Ceremony to be held on Saturday, October 30, at 10 a.m. at the Outer Banks Presbyterian Church. A reception will be held at the church following the service. In lieu of flowers, the family is asking for donations to your choice of:

Expressions of sympathy and comfort are welcome via the online register at www.gallopfuneralservices.com. Gallop Funeral Services, Inc. was entrusted with arrangements.