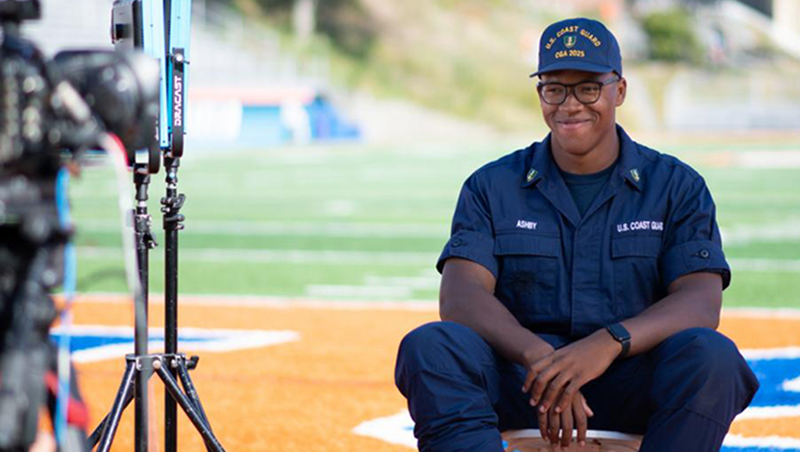 On November 11, 2021, as part of the ESPN Salutes Service Veterans Day SportsCenter Special, the Pea Island Lifesaving Station will be featured on the entertainment and sports programming network. The special will include a segment about Solomon Ashby III, a fourth-class cadet and defensive lineman with the US Coast Guard Academy football team. Ashby’s great-great-grandfather George E. Pruden was the fifth keeper of the Pea Island Lifesaving Station and served at the station for most of his career before retiring in the late 1930s.

Recently, ESPN visited the Pea Island Cookhouse Museum to gather information about the station and to film footage which will be featured on the Veterans Day special. The special, narrated by Undefeated’s Bill Rhoden, will focus on the US Coast Guard. The first airing will be at 6:30 p.m. ET. The show will also re-air multiple times, including Sunday, November 14 on ABC at 1:30 ET.

The ESPN Veterans Day special will provide an opportunity for millions of viewers to learn the inspiring story of US Life-Saving Service Pea Island (and later US Coast Guard Station Pea Island), the first lifesaving station in the nation manned by an all-black crew. The story of Keeper George Pruden’s great-great-grandson, now a cadet and defensive lineman on the football team at the US Coast Guard Academy, is yet another part of the legacy of the all-black station. 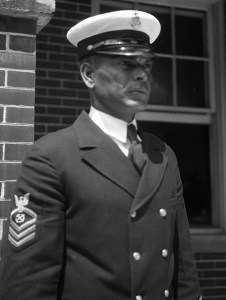 To learn more about the history of the Pea Island Lifesaving Station, visit the Cookhouse Museum located at 622 Sir Walter Raleigh Street in Manteo. The museum is currently open on Saturdays from 11 a.m. to 3 p.m.