“I am happy that so many people have been able to visit and enjoy the Seashore and the local communities within Dare and Hyde counties during the first 10 months of 2021,” said David Hallac, superintendent of the National Parks of Eastern North Carolina. “Not only is this year the busiest ever, but it is also likely to be the first time that America’s first national seashore reaches three million visits in a single year.” 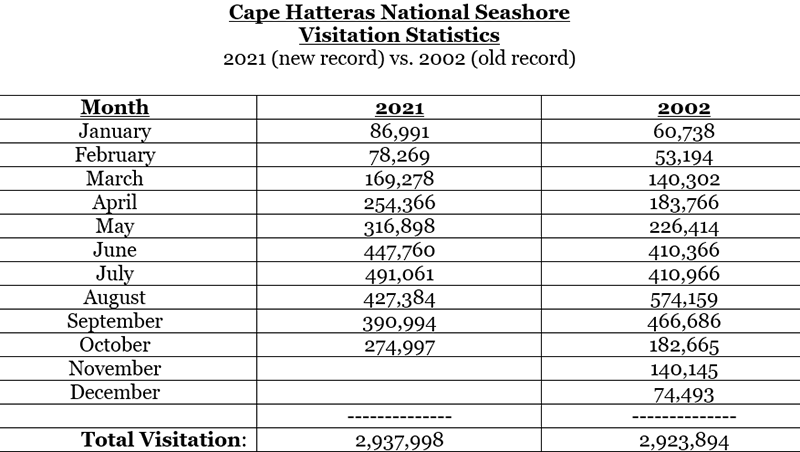