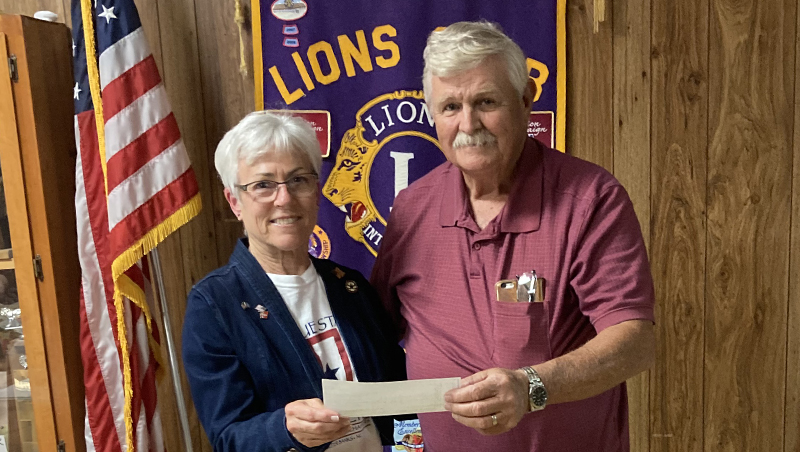 Buscemi gave a presentation about the Blue Star Mothers organization to the Wanchese Lions Club. The Blue Star Mothers is made up of mothers who have children in the military. The Dare County chapter sends care packages to military personnel stationed overseas and in combat zones.

Buscemi was given several bags of items collected by the Wanchese Lions Club and was also given a donation to help pay for postage to send their care packages.