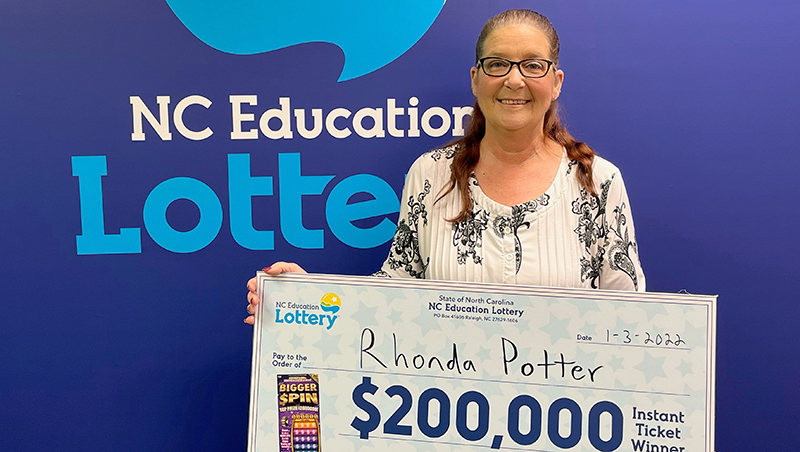 Rhonda Potter of Bayboro in Pamlico County said she feels very blessed after her $10 Bigger Spin scratch-off turned into a $200,000 win, according to a press release from the North Carolina Education Lottery.

Potter said she was sitting at the table in her house scratching her ticket when she slowly started to realize what happened.

Potter, a 56-year-old grandmother of four, said she has been working two jobs for years and that this win will finally allow her to pay off her house and her car, and put the rest toward her retirement.

Potter bought her ticket from the Food Lion on N.C. 55 in Alliance. She stopped by lottery headquarters on Monday to claim her winnings and, after required federal and state tax withholdings, took home $142,023.

For details on how money raised by the lottery made an impact across the state in 2020, visit www.nclottery.com and click on the “Impact” section.