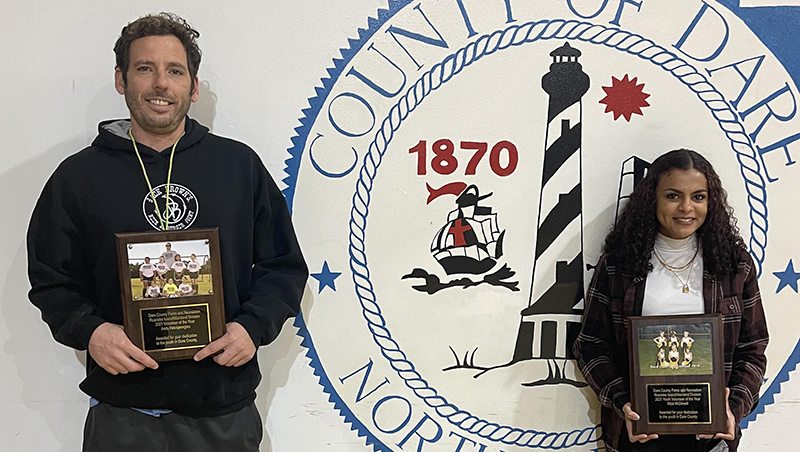 The 2021 Volunteers of the Year for the Dare County Parks and Recreation, Roanoke Island/Mainland Division are Andy Hatzigeorgiou and Miya McDowell.

Hatzigeorgiou started off coaching his brother many years ago and now coaches both his children in multiple sports, stated a press release from Dare Parks and Rec. He has coached four teams in the past two seasons alone, including flag football, soccer and basketball.

“Andy is very patient with his players and gets the best out of each of them,” stated the release. “Thank you Coach Andy.”

McDowell is a senior at Manteo High School. She has volunteered as an assistant gymnastic coach for two years. Even with her busy schedule as a senior in high school, she always found the time to volunteer.

“Thank you Miya for your service,” stated the release.