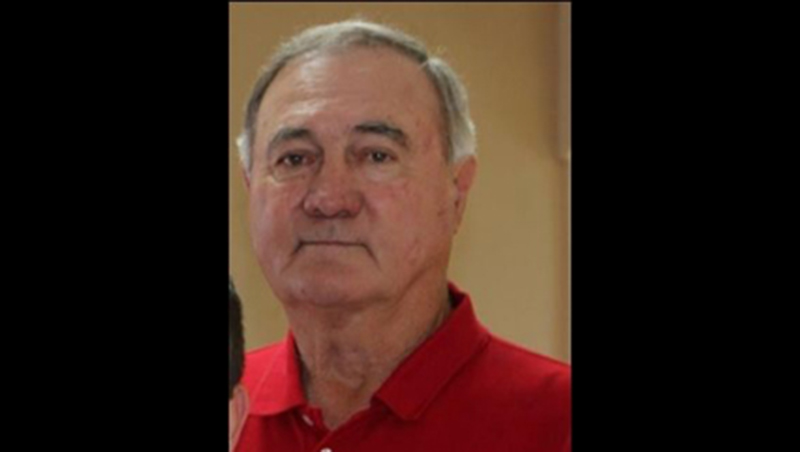 Shelby Harris Mansfield, age 79, of Pond Road, Shiloh, NC died peacefully at his home on Thursday, January 19, 2022. He was born January 15, 1943, to the late Richard Mansfield and Rebecca Cooper Mansfield and was the husband of the late Linda Ann Riggs Mansfield.  Shelby and Linda Ann were high school sweethearts and were married  for fifty-two years.  Shelby was a member of Geneva Baptist Church. Shelby was an outstanding athlete at Camden County High School lettering in three sports. In 1961, he received a full scholarship to NC State University to play football. He started as running back (halfback) and was part of the Wolfpack team from 1961-1965. Shelby received the 1965 MVP Governor’s Award and Academic-All American. The team won or tied for three ACC championships in 1963-1965. He was co-captain of the NC State Wolfpack football team in his senior year. Camden County Schools retired Shelby’s Jersey, number 23. Today, you can find it framed on the wall outside the high school gymnasium. After college, Shelby signed with the Buffalo Bills but later chose to return to his roots in Camden County. In 1977, he started farming and was the owner/operator of Mansfield Farms with his sons. Shelby was a natural leader, a committed friend, a devoted husband and father, grandfather, brother, and uncle.  For many years he was not only a farmer; he was also a college professor and touched many lives in his role as an educator at the College of The Albemarle for thirty-four years. At College of The Albemarle, he began the baseball program, recruited fine athletes, and led the Dolphin team to the Junior College World Series, placing fourth in the nation.

Shelby is survived by his daughter, Linda “Deann” Mansfield-DeBrito and husband Gary; sons, Shelby Harris Mansfield Jr. and wife Cheryl and George “Brett” Mansfield and wife Gina; grandchildren, Shelby Mansfield III, Wyatt Mansfield, Brittany Mansfield, Brett Mansfield and Maddie DeBrito; best friend and brother, Richard Mansfield III (Richard Jr.) of Chesterfield, Va., and several nieces and nephews. Besides his parents and wife, he was preceded in death by his brother, Robert (Bobby) Durwood Mansfield. Much thanks and appreciation are extended to Tender Loving Home Care and very special caregivers for providing quality care, compassion, love, and dedication for the past four years.

A funeral service will be held at 2 p.m. Saturday, January 29, 2022 at Shiloh Baptist Church officiated by Pastor Boyce Porter and Pastor Tommy Berry. Following the funeral, a graveside service and entombment will be in the family cemetery on Pond Road. Due to the rise in COVID at this time, the family will not have a formal visitation but will greet friends following the graveside service. Twiford Funeral Home, 405 East Church Street, Elizabeth City, NC 27909 is serving the family of Mr. Mansfield. The service will be livestreamed at www.facebook.com/ShilohBaptistChurch. Online memorial condolences may be sent to the family at www.TwifordFH.com. To plant a tree in memory of Mr. Mansfield please visit www.TwifordFH.com/send-flowers.