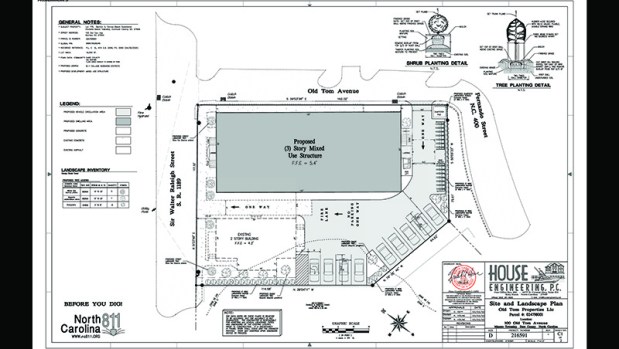 Plans for the Old Tom Avenue development, as included in the April 6 Manteo agenda packet. Courtesy Town of Manteo 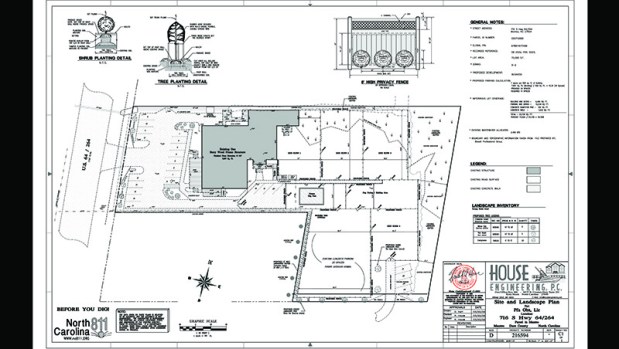 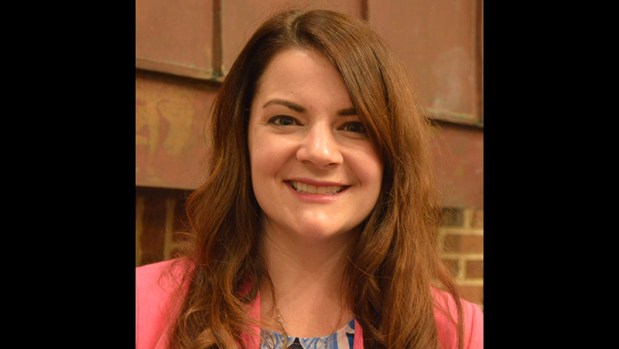 Heather Doughtie is the new Town of Manteo finance officer. She was introduced to the town’s Board of Commissioners April 6, 2022. M.H. Goodloe-Murphy photo

After a public hearing and a sometimes-tense discussion, Manteo commissioners approved a special use permit application for a mixed use development, combining motel rooms on the first floor and apartments on the second and third floors.

The project will be built at 100 Old Tom Avenue on the former Evans Building site.

The town’s planning board approved the application March 8.

The central issue was consistency with the town’s zoning, i.e. whether a motel/hotel is commercial.

On behalf of the applicant Old Tom Properties, LLC, Donna Creef with Creef Consulting testified that the proposal was consistent.

Sherry Wickstrom found ambiguity in the ordinance. Town attorney Ben Gallop said if an ordinance is unclear, it resolves in the favor of the applicant. Later in the discussion, Gallop said an ordinance prevails over a plan.

Commissioner Eddie Mann said the use meets the ordinance. Betty Selby moved to approve the application and conditions as presented.

The vote was 5-1 with commissioner Darrell Collins opposing: “This is the end of tradition.”

Mayor Bobby Owens recused himself from participating in this matter.

Conditions include specifying where the Town of Manteo’s utility responsibilities end; requiring NCDOT permit for any utility work on Fernando and Sir Walter Raleigh streets; and the town’s approval for work on Old Tom Avenue and dumpster location and pad; and approval of lighting and landscaping plans by the Planning Board.

In another planning matter, the commissioners approved a change of use for 716 S. Highway 64/264. Previous use was Big Al’s restaurant. The new use is an animal boarding facility, Good Dog Retreat.

The board authorized the town to negotiate a lease for the Magnolia Pavilion. In a previous meeting, Bill Miller had submitted a proposal to rent the entire building. He told the board he was aware of the drawbacks of the property but was ready to move forward.

Mann said “I want someone to be in that space.”

Also at the meeting, Heather Doughtie was introduced as the new Town of Manteo finance officer. Commissioners approved various documents authorizing her to conduct business for the town.