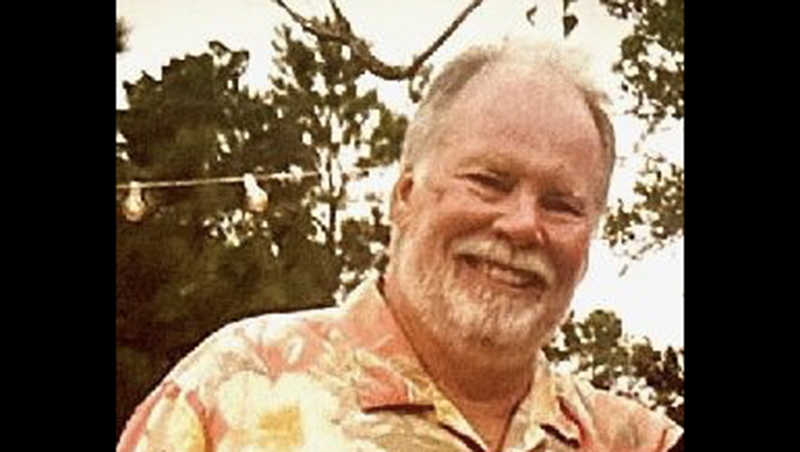 Thayer was born on April 13, 1946, in Hillsborough, NC to the late Robert Thayer and Grayce Mitchell Broili. He graduated high school in Hawaii and from there he attended UNC and graduated with a BS in English. He also obtained degrees from NC State in Agriculture & Life Sciences followed by Duke University with a degree in Environmental Science. In addition to his professional endeavors, he also served 23 years in Government.

His life’s work was dedicated to the Earth and animals, trying to make our mother Earth safe for future generations and protect wildlife, and inspiring people to take real action on climate change to enable his grandchildren to be able to live their best lives.

We only have one planet, she is our ultimate mother. Without her we have nothing. He was passionate about the environment and how it all worked together and did a lot of service through his career to help change how the government and other people understood this bigger picture. Once he had grandchildren, he saw how this would affect them the most and was very dedicated to teaching them until the last days of his life. Whether it was planting things with them or teaching them about animals, he was always trying to plant the seed about how important this was with people.

He traveled his whole life with his family while his dad was in the Navy and experienced a new place every year, he experienced more culture than most. He also was always trying to plant seeds of knowledge from his experiences with his friends and family about his childhood cultural experiences. He taught his children and grandchildren that you need to always keep an open mind and heart to anyone and everyone because you never know their background.

He leaves behind his wife Cornelia Broili of Pinehurst; his daughter Adriane Borden of  Cincinnati, OH, and her two daughters, Luella and Sienna; step-sons, Robert Waddington III and his wife, Whitney of Kill Devil Hills, his two children, Bert and Joseph; Renze Waddington and his wife, Liz, and their daughters, Virginia, Caroline, and Georgia; his step-daughter, Renée Waddington, and her two sons, Ivey and Austin.

He is preceded in death by his oldest daughter, Tiffany Broili.

A celebration of life will be planned by the family at a later date.

In lieu of flowers please plant some trees. Plant trees for Thayer and the planet. If anything that Thayer would have wanted is to keep the Earth healthy for our next generations. As we look toward the future, we see our world changing at a rate that can feel overwhelming. Because the world can’t wait.
https://www.arborday.org/

Care of the family is entrusted to Crumpler Funeral Home-Aberdeen.